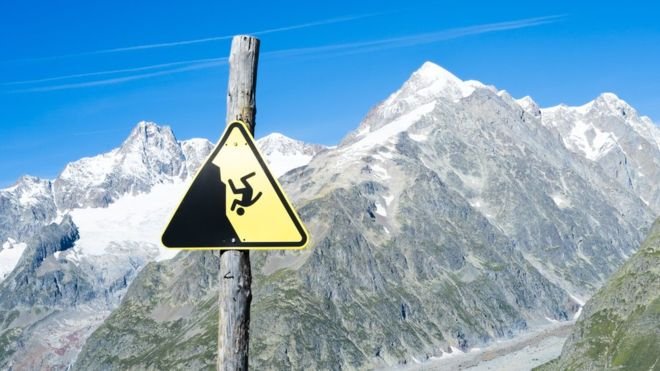 The bodies of three people, suspected to have died in the 1990s, have been discovered on the Italian side of Mont Blanc.

The remains, on the Miage glacier, are thought have been exposed by melting ice.

According to Italian media, a French climber found the bodies and sounded the alarm.

Mont Blanc, with 11 peaks above 4,000m, is Western Europe’s highest range, and a challenging area for climbers.

There have been a series of fatal accidents on the peak in recent weeks, with people from the Czech Republic, South Korea, Ukraine and Germany reportedly among the dead.

On Thursday, Alpine rescue teams were attempting to recover the remains found on the remote Miage glacier.

“The glacier is constantly shifting and we can say that the deaths occurred around 1995,” AFP news agency quoted a spokesman as saying.

Alongside the bodies, the French climber also found a wallet with a German identity card issued in 1995 to a 23-year-old man, according to Italian newspaper La Repubblica (in Italian).

It quoted an official saying that say rising temperatures would increase the frequency of such finds.

Last week, it emerged that a shrinking glacier in Switzerland had revealed two frozen bodies believed to be a couple who went missing 75 years ago.