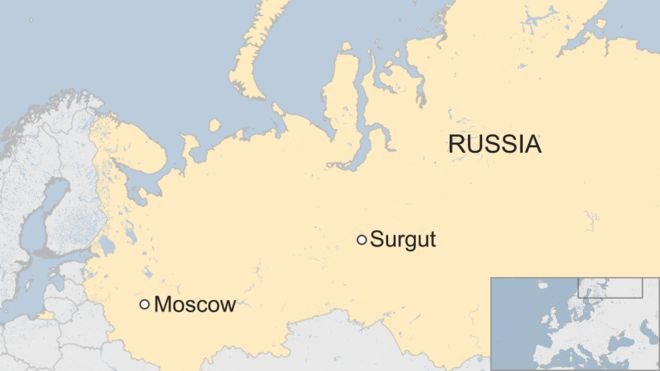 Seven people have been wounded in a knife attack in the Russian city of Surgut, security sources say.

The man, who apparently stabbed passers-by on the street at random, was shot dead by police.

The injured have been taken to hospital, where two are in a critical condition, the state-owned RIA Novosti news agency reports.

Russia’s Investigations Committee said it had identified the attacker and was checking his psychological history.

The attacker was a local resident born in 1994, it said. No motive has been established yet.

A spokeswoman for the committee told Reuters news agency she would not comment on the possibility of terrorist motives, calling the attack “attempted murder”.

The attack happened at about 11:20 local time (06:20 GMT). An earlier statement said eight people had been wounded, but that was later revised to seven.