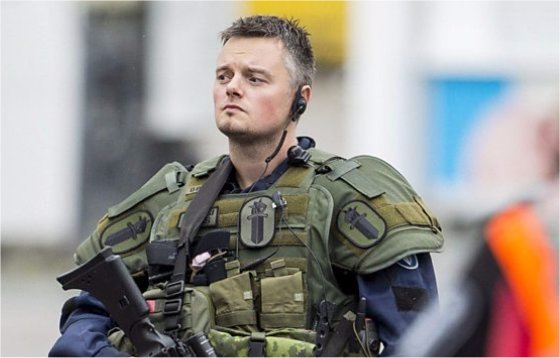 Police in Finland say a knifeman who killed two people in the south-western city of Turku on Friday appeared to choose women as targets.

They are treating the attack as a terrorist incident.

The suspect, arrested after being shot by police, is an 18-year-old Moroccan. Four other Moroccans have been held.

The two people stabbed to death were both Finnish. Eight people were also injured, among them a Briton, a Swede and an Italian.

The ages of the casualties ranged from 15 to 67, police said, but gave no more details.

Unconfirmed reports say six of the wounded were women.

Police said in a statement: “The act had been investigated as murder, but during the night we received additional information which indicates that the criminal offences are now terrorist killings.”

They said the identity of the 18-year-old Moroccan was known, but they have not released it.

At a later press briefing, they said the suspect had arrived in Finland in 2016 and had “been part of the asylum process”.

In addition to the four other arrests, an international search warrant has been issued for a sixth suspect.

The 18-year-old Moroccan is still being treated in hospital for a gunshot wound to the leg. Two other people are also still in hospital.

The UK embassy in Finland said it had “been in touch with the British national and offered consular support”.

The attack happened in the Puutori/Market Square area of Turku.

Police said the alarm was raised at 16:02 local time (13:02 GMT) on Friday, when a man was reported to have attacked passers-by with a knife.

Witnesses said he then ran to a nearby square and stabbed more people before he was shot in the thigh. Police said he was arrested at 16:05.

Flags are being flown at half-mast in Finland, which has no past experience of jihadist attacks.

The interior ministry said security was being stepped up across the country.