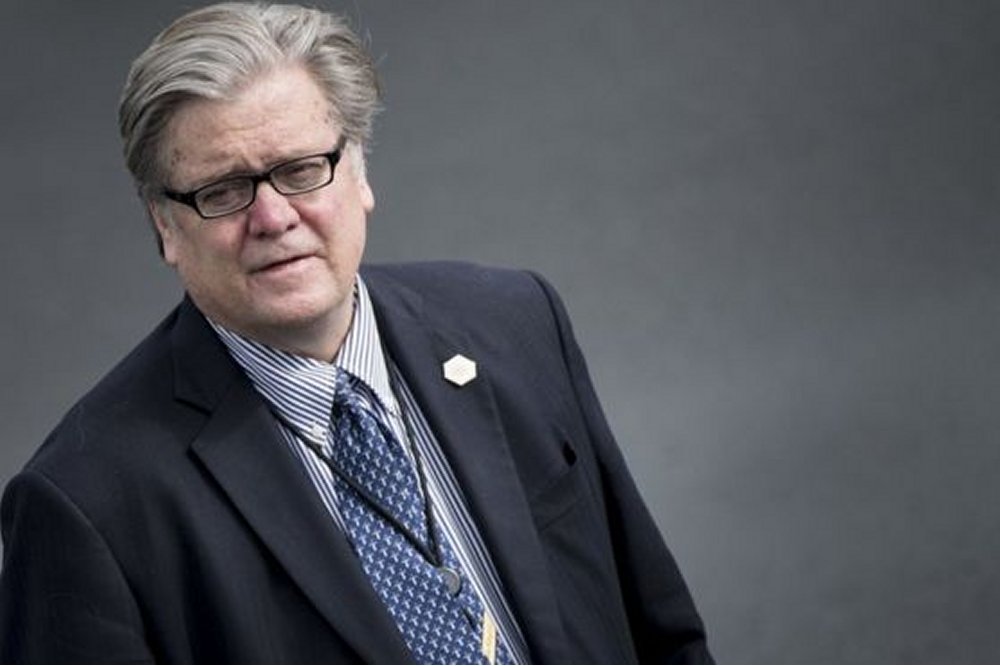 His exit follows a review of his position by White House Chief of Staff John Kelly.

But critics had accused the 63-year-old of harbouring anti-Semitic and white supremacist views.

Mr Bannon is known to have competed for influence in the West Wing against more moderate factions, including members of the Trump family.

Mr Bannon’s interview this week with the American Prospect, a liberal magazine, reportedly infuriated the president.

The White House aide was quoted as dismissing the idea of a military solution in North Korea, undercutting Mr Trump.

He told the magazine the US was “at economic war with China” and that he aimed to push out moderates whom he believed were soft on China.

Mr Bannon told associates he thought it was an off-the-record chat and didn’t realise he would be quoted.

He has pushed for imposing additional tariffs on China and other trade partners to reduce deficits with those countries.

He also advocated for a travel ban on citizens of certain Muslim-majority countries.

“We are grateful for his service and wish him the best.”

Source familiar with the decision said Mr Bannon had been given the chance to leave on his own terms.

White supremacist Cantwell hands himself in