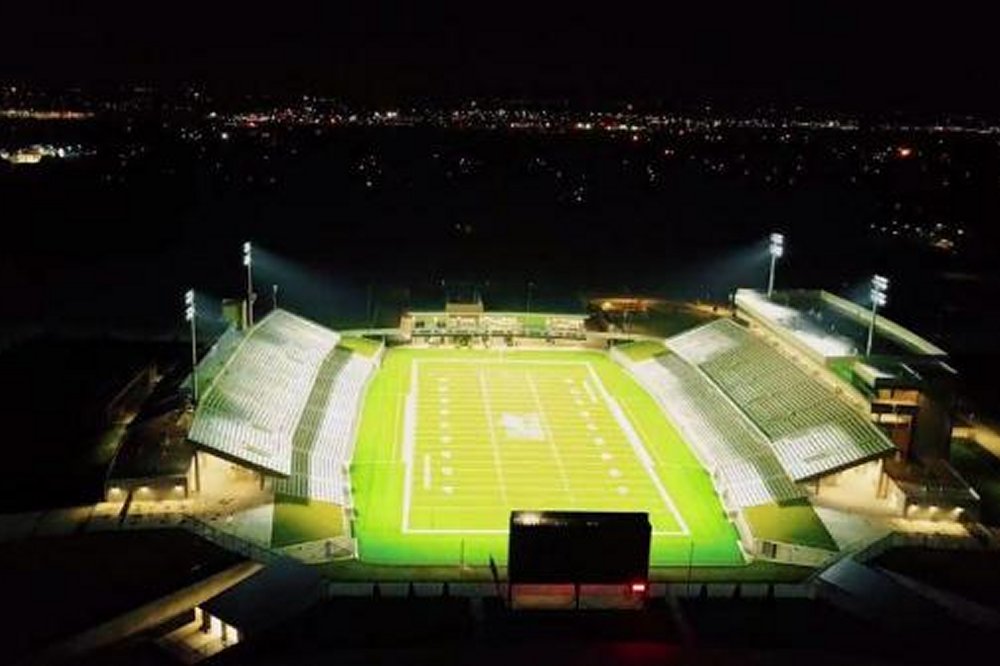 Legacy Stadium in Katy, with a population of about 14,000 people, will be able to seat 12,000 spectators. More than just a football field for one town, it’ll serve as the playing grounds for all varsity football games in the Katy Independent School District, which encompasses several towns outside Houston and has eight high school football teams.

The cost of the stadium was originally supposed to be $58 million, when Katy voters approved a $748 million bond referendum three years ago, reported the Houston Chronicle. That price estimate was approved by voters who rejected a $69 million price tag for a new stadium the year before. But since construction began, costs ballooned to $72.1 million.

Despite the extra $14 million cost taxpayers didn’t vote for but will still end up paying, Katy officials aren’t concerned.

“It’s something that this community wanted,” Katy ISD Superintendent Lance Hindt told KTRK. “I don’t think the cost was anything that they really looked into.”

With the final $72.1 million cost, Katy’s Legacy Stadium currently holds the title for most expensive high school football stadium in the country.

But that title might not last long because in Texas, high school football is taken seriously — and serious money is spent on stadiums.

In 2015, the most expensive high school football stadium title belonged to Allen ISD, near Dallas, when it opened its $60 million new digs.

However, if costs in McKiney increase by a bit more than $2 million, it could defeat Katy for most expensive high school stadium in the country.

But for now, that title belongs to Katy’s Legacy Stadium.