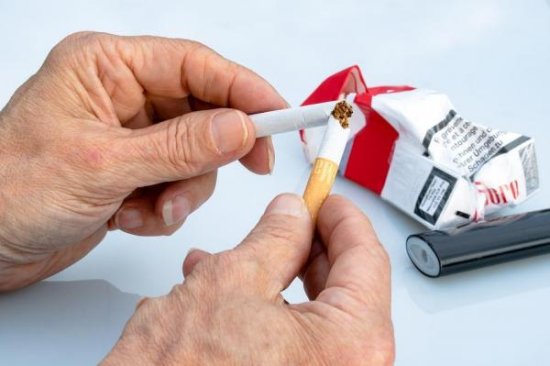 Drexel University researchers have found that smokers are 20 percent more likely to quit smoking when the price of cigarettes is increased by just $1.

The study, published in the August edition of Epidemiology, analyzed how neighborhood-level price data on cigarettes affect smokers.

“Older adult smokers have been smoking for a long time and tend to have lower rates of smoking cessation compared to younger populations, suggesting deeply entrenched behavior that is difficult to change,” Stephanie Mayne, a former doctoral student at Drexel and now a fellow at Northwestern University, said in a press release.

“Our finding that increases in cigarette prices were associated with quitting smoking in the older population suggests that cigarette taxes may be a particularly effective lever for behavior change.”

The study consisted of smokers age 44 to 84 from six different areas in the United States, including the Bronx, Chicago, and the county where Winston-Salem, N.C., is located, and data was from the 2002 to 2012 Multi-Ethnic Study of Artherosclerosis, or MESA.

Researchers found not only that smokers were 20 percent more likely to quit smoking if the price of a pack of cigarettes increased by a dollar, but there was a 3 percent overall reduction in smoking risk.

“Since heavy smokers smoke more cigarettes per day initially, they may feel the impact of a price increase to a greater degree and be more likely to cut back on the number of cigarettes they smoke on a daily basis,” Mayne said.

Researchers also found that in older smokers, those over age 44, the price increase had an effect “similar or possibly stronger in a younger population.”

The study suggests that raising cigarette prices may be a better strategy for encouraging smoking cessation across all ages, researchers concluded.