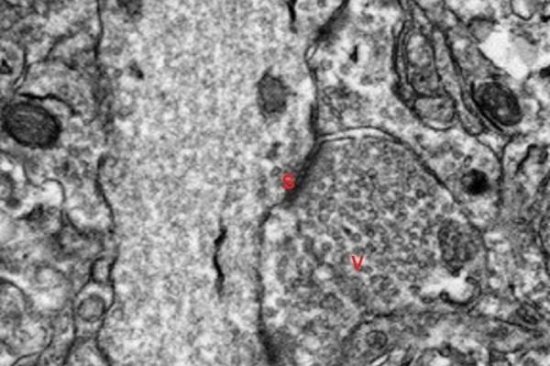 New research at the University of Pittsburgh suggests scientists have misunderstood the neuron communication process, specifically the dopamine release mechanism.

The discovery — detailed this week in the journal Neuron — could have wide ranging implications for the study and treatment of dopamine-related disorders, including Parkinson’s disease, depression, attention deficit hyperactivity disorder, schizophrenia and addiction.

Neurons communicate by releasing neurotransmitters like dopamine into the small gap known as a synapse before they’re received by other neurons. Inside neurons, neurotransmitters await their release inside small sacs called vesicles.

In studying the release process, researchers found the vesicles begin to fill again before being emptied. Researchers believe the process is triggered by elevated acidity levels in the vesicles.

Until now, scientists believed vesicle acidity remained constant. The discovery suggests neurons can alter the amount of dopamine released based on neuronal activity.

“When this mechanism doesn’t work properly, it could lead to profound effects on health,” Dr. Zachary Freyberg, an assistant professor of psychiatry and cell biology at Pitt, said in a news release.

“Our findings were completely unexpected,” he added. “They contradict the existing dogma that a finite amount of chemical signal is loaded into a vesicle at any given time, and that vesicle acidity is fixed.”

Further investigation revealed an influx of glutamate ions into the neuron’s center to be the cause of the increase in vesicle acidity.

When researchers blocked the flow of glutamate in fruit fly and mice models, the test subjects were less reactive to amphetamine, a stimulant that encourages the release of dopamine.

“It appears that these vesicles contain both dopamine and glutamate, and dynamically modify their content to match the conditions of the cell as needed,” Freyberg said.

“Since we have demonstrated that the balance between glutamate and dopamine is important for controlling the amount of dopamine that a neuron releases, it stands to reason that an imbalance between the two neurotransmitters could be contributing to symptoms in these diseases,” said Freyberg.