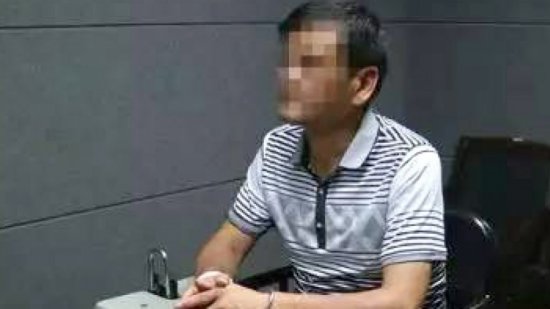 A popular Chinese crime novelist who wrote a book called The Guilty Secret has been arrested for a quadruple murder that took place in 1995.

“I’ve been waiting for you here all this time,” writer Liu Yongbiao reportedly told police when they arrived at his home to arrest him.

Liu was arrested for a 1995 quadruple murder. Police believe he is one of two men who checked into a hostel in Huzhou and attempted to steal items from a fellow guest. When the would-be thieves were caught, the killed the guest. And to cover up the murder, they killed the couple who owned the hostel, as well as their 13-year-old grandson.

All of the victims were killed with a blunt object.

Police were able to track down Liu with the help of DNA technology not available at the time. They were also able to find his alleged accomplice, who was arrested in Shanghai.

“The biggest challenge was the suspects and the victims had no previous relationship,” said investigator Xu Zhicheng, according to Chinese news site The Paper and translated by the New York Times. “It was very difficult for us to follow the vine to find the melon.”

According to reports, Liu has not denied committing the murders.

“Now I can finally be free from the mental torment I’ve endured for so long,” he wrote in a letter to his wife, according to the Guardian.

Several of Liu’s works have been made into movies. He has also recieved numerous accolades for his work, which include a 50 episode TV series based on a romance novel he wrote, reported Sixth Tone.

In the introduction to the Guilty Secret, Liu said he had begun working on his next book, which would be about a beautiful female author who murdered several people.

The book was to be titled The Beautiful Writer who Killed. It has not yet been published.