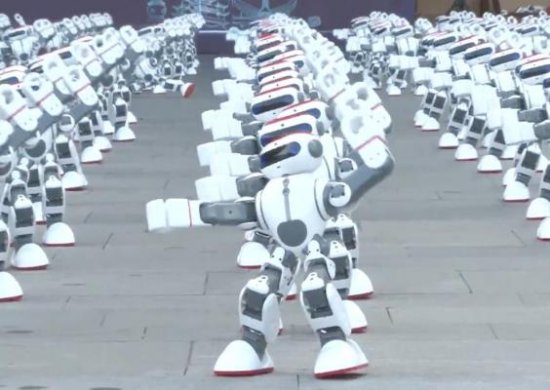 More than a thousand robots performed a choreographed dance routine together to set a world record in China.

A few of the robots accidentally toppled over during the performance and were deducted from the final total.

All of the robots were programmed via a singular group control system and are able to talk, do Tai Chi and perform several other actions in addition to dancing.

Teen spends 99 cents for ‘nothing’ at McDonald’s