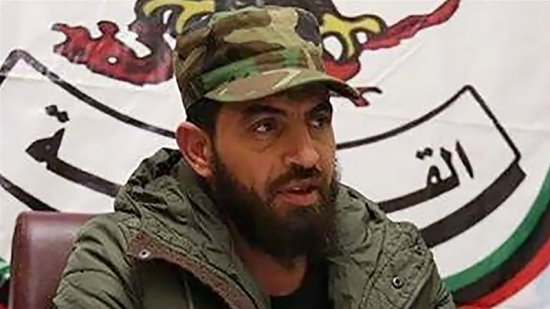 A senior Libyan military commander allied with Khalifa Haftar and suspected of involvement in the deaths of 33 people in eastern Benghazi has been arrested.

The general command of the Libyan National Army (LNA) – the force that controls most of eastern Libya, including key oil ports – said on Thursday that Mahmoud al-Werfalli was being investigated by a military prosecutor.

The arrest comes after the International Criminal Court (ICC) issued a warrant of arrest for Werfalli earlier this week, accusing him of “murder as a war crime in the context of the non-international armed conflict in Libya”.

The LNA said in a statement “the defendant in your judicial case, Mahmoud al-Werfalli, is under investigation for the cases against him by the general military prosecutor and is now under arrest”.

Werfalli is wanted by the ICC for allegedly executing dozens of prisoners “in seven incidents, taking place on or before 3 June 2016 until on or about 17 July 2017, in Benghazi or surrounding areas”, according to the ICC document, seen by Al Jazeera.

The military commander allegedly shot or ordered the execution of people who were either civilians or wounded fighters, according to the document.

“There is no information in the evidence to show that they have been afforded a trial by a legitimate court, whether military or otherwise, that would comport to any recognised standard of due process,” the ICC’s judges said.

The LNA, which is led by Haftar, commended the ICC on its “efforts to achieve stability and social security”.

“We announce our readiness to cooperate with you in informing you of the result and course of the judicial case,” LNA said.

However, the statement gave no indication that the LNA would be prepared to hand Werfalli over to the ICC.

A spokesman for LNA’s special forces unit earlier dismissed the warrant, saying the ICC should instead be seeking to arrest the armed group’s opponents.

The charges against Werfalli are backed up by recordings of witness interviews and other evidence, the ICC warrant said.

Libya has been locked in a state of violence and turmoil since 2011, when a bloody popular uprising ended with the overthrow and death of former president Muammar Gaddafi.

The country has splintered into rival political and armed groups with the factions backing opposing governments and parliaments in the east and the west.

Werfalli, born in 1978, is a senior commander in the Special Forces Brigade, or al-Saiqa, which defected from the Libyan military after the 2011 uprising against Gaddafi.

Werfalli joined al-Saiqa after Gaddafi’s fall and has “played a commanding role since at least 2015”, the ICC judges said in the arrest warrant.

Since then, al-Saiqa has been battling alongside forces loyal to Haftar in Benghazi.

Haftar is a dominant figure for factions in eastern Libya that have rejected the UN-recognised Government of National Accord (GNA), contributing to its failure to expand its power in the capital, Tripoli, and beyond.

Libya’s eastern-based parliament, the House of Representatives (HoR), is a rival of the GNA and allied with Haftar.