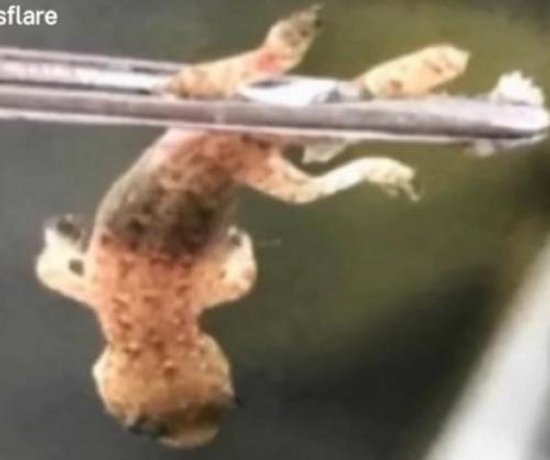 A man who woke up with severe pain in his ear went to a hospital, where doctors removed a live gecko that crawled inside.

A video recorded Tuesday at a hospital in Guangzhou, Guangdong Province, shows doctors showing off the still-living gecko after it was removed from a patient’s ear.

Doctors said the man came into the hospital complaining of a severe pain in his ear that began when he woke up.

The doctors said they looked inside the man’s ear and discovered a live gecko had climbed in and crawled into his ear canal while he was sleeping.

The gecko was calmed with an anesthetic and doctors used pliers to pull the lizard out of the man’s ear in a five-minute procedure.