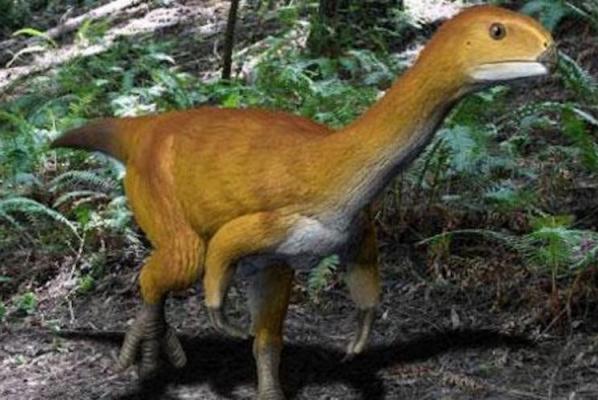 Paleontologists have discovered a missing link between two large and diverse dinosaur groups.

When researchers first discovered Chilesaurus in 2015, they were puzzled by the dinosaur’s unique appearance.

“Chilesaurus almost looks like it was stitched together from different animals, which is why it baffled everybody,” Matthew Baron, a PhD student at the University of Cambridge, said in a news release.

Through a comprehensive comparative anatomy survey, scientists were were able to properly place Chilesaurus on the dino family tree. The odd species provides a bridge between theropods, the group of carnivores that includes Tyrannosaurus rex and Velociraptor, and Ornithischia, the “bird-hipped” dino group that includes famous plant-eaters like Stegosaurus and Triceratops.

To classify the newly discovered dinosaur, researchers pinpointed 450 anatomical characteristics among the species’ skeleton and compared them to other dinosaurs. They found commonalities among both major dinosaur groups.

While Chilesaurus has broad, flat teeth, useful for grinding plant matter, as well as bird-like hip bones, the dinosaur doesn’t have the common Ornithischia beak and boasts a body much like a Velociraptor.

The new analysis, published this week in the journal Biology Letters, offers new clues as to why and how the two major dinosaur groups diverged. Paleontologists surmise that Chilesaurus was likely closely related to early meat eaters, but by the Late Jurassic period, about 150 million years ago, had adapted to a vegetation diet.

The revelation also offers paleontologists a better understanding of how and when different dinosaur features first evolved.

“Before this, there were no transitional specimens — we didn’t know what order these characteristics evolved in,” Baron said. “This shows that in bird-hipped dinosaurs, the gut evolved first, and the jaws evolved later — it fills the gap quite nicely.”