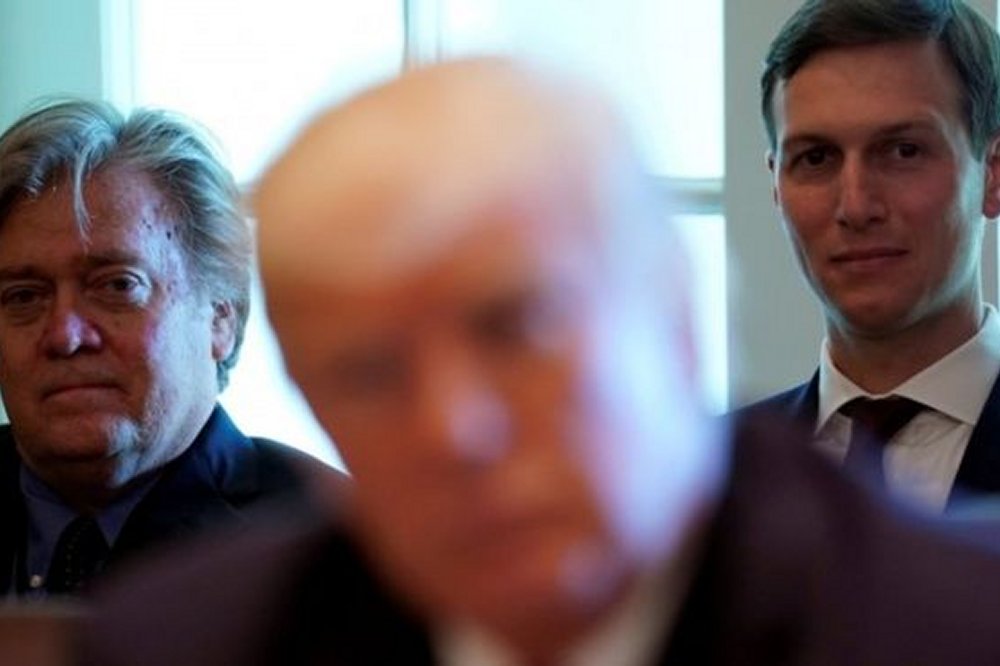 The chief White House strategist Steve Bannon has attacked white nationalists as “clowns” as the fallout from violent protests in Charlottesville continues.

Mr Bannon once headed the right-wing Breitbart News, seen as both a major channel for nationalism and key in helping Donald Trump win election.

But he told The American Prospect: “Ethno-nationalism – it’s losers.”

Questions surround Mr Bannon’s future, with President Trump refusing to say whether he still had confidence in him.

Mr Trump has reportedly been urged to fire Mr Bannon, who in his role has enjoyed direct access to the president and whose influence has been seen in decisions like the US withdrawing from the Paris climate accord.

At a news conference this week, Mr Trump would only say “we’ll see” when it came to Mr Bannon’s future.

Mr Trump is under fire for his response to Saturday’s clashes between far-right and counter-protesters in Charlottesville, Virginia, in which he blamed “both sides” for the violence.

The rally, attended by neo-Nazis and white supremacists, was in protest at the removal of a statue of Robert E Lee, a general who fought for the pro-slavery Confederacy during the US Civil War.

A memorial was held on Wednesday for Heather Heyer, a 32-year-old woman killed when a suspected far-right sympathiser drove a car into a crowd of counter-protesters.

Meanwhile Apple chief executive Tim Cook has become the latest business leader to criticise President Trump, saying he did not agree there was a “moral equivalence” between white supremacists and “those who oppose them”.

In his interview with the US magazine, Mr Bannon was asked if there was a connection between the economic nationalism that he supports and the white nationalism seen in Charlottesville.

“Ethno-nationalism – it’s losers,” he said. “It’s a fringe element. I think the media plays it up too much, and we gotta help crush it, you know, uh, help crush it more.”

“These guys are a collection of clowns,” he added.

Mr Bannon has distanced himself from “ethno-nationalism” before, telling the New York Times his interest in nationalism stems from wanting to curb the negative effects of globalisation.

North Korea: Despite Donald Trump threatening North Korea with “fire and fury”, in his interview Mr Bannon said there was no military solution to the crisis over the Pyongyang’s nuclear programme.

“Until somebody solves the part of the equation that shows me that 10 million people in Seoul don’t die in the first 30 minutes from conventional weapons, I don’t know what you’re talking about, there’s no military solution here, they got us,” he said.

A top US military official, Gen Joseph Dunford, said a military solution would be “horrific” but said that President Trump had told him and other military leaders “to develop credible, viable military options, and that’s exactly what we’re doing”.

China: Mr Bannon said if anything North Korea was just a “sideshow” to the real challenge the US is facing – “economic war” with China.

“If we continue to lose it, we’re five years away, I think, ten years at the most, of hitting an inflection point from which we’ll never be able to recover,” he said, adding that the US intended to challenge China over intellectual property rights, and iron and steel dumping.

In response, the Chinese foreign ministry said joint trade brought “real benefits” to both sides, Reuters news agency reported. “We hope that relevant parties can stop viewing issues of the 21st Century with a 19th or 20th Century mentality,” a spokesperson said.

White House infighting: Mr Bannon admitted he was facing an internal battle for the administration to take a firmer line on Chinese trade, but said opponents were “wetting themselves”.