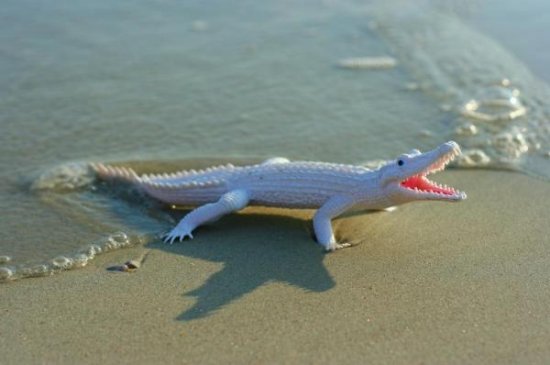 A reported alligator in a Massachusetts road set social media a buzz, but police said they responded to the scene and found something else — a plastic toy.

Police said they received a call about 8:37 a.m. Sunday about a small alligator loose on Route 128 in Danvers, and social media users monitoring the emergency radio frequency quickly ignited the online rumor mill by reporting on the sighting.

A resident came into the Ash Street police station to report spotting the alligator on the highway between exits 22 and 23. An animal control officer was requested, but it was unclear whether one arrived before police located the alleged alligator.

Officers said the reported reptile was actually a discarded plastic toy measuring about a foot and a half long.

Police said the responding officers disposed of the faux-predator.