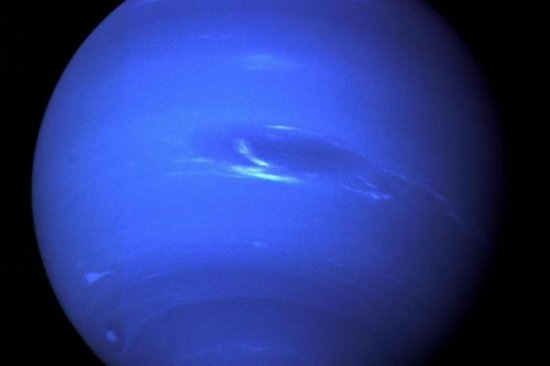 Thanks to a new computer model, planetary scientists now have a better idea of the types of chemicals hiding beneath Neptune’s icy surface.

Often, scientists attempt to replicate planetary conditions in the lab, but Neptune is home to extreme pressures and temperatures, making such a method difficult. Instead, scientists at the University of Edinburgh in Scotland developed a model to simulate Neptune’s high pressure and extreme cold.

The simulations allowed researchers to study how different chemicals might behave in a frozen state inside Neptune’s mantle. Specifically, scientists were able to simulate interactions between water, ammonia and methane under the ice giant’s extreme internal conditions.

“Computer models are a great tool to study these extreme places, and we are now building on this study to get an even more complete picture of what goes on there,” Andreas Hermann, researcher at Edinburgh’s Center for Science at Extreme Conditions, said in a news release.

The simulations suggest Neptune and other ice giants yield a rare and little-understood compound called ammonia hemihydrate. The findings could help planetary scientists at NASA prepare for future missions to icy giants.

“This study helps us better predict what is inside icy planets like Neptune,” Hermann said. “Our findings suggest that ammonia hemihydrate could be an important component of the mantle in ice giants, and will help improve our understanding of these frozen worlds.”

Researchers shared the details of their chemical simulations in new paper published this week in the journal PNAS.

How to watch this weekend’s Perseid meteor shower