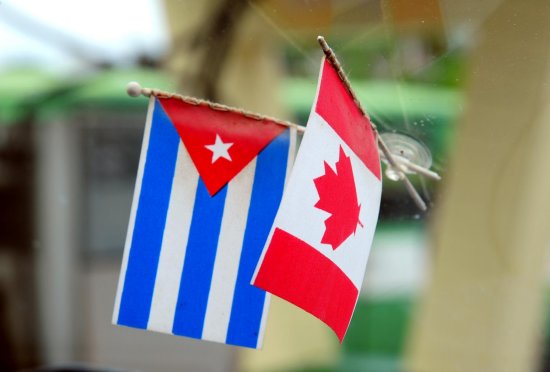 Canada’s foreign ministry is investigating after at least one of its diplomats stationed in Cuba was treated for hearing loss and headaches.

It comes a day after the US said its diplomats in Havana were experiencing strange physical symptoms.

Reports suggest the envoys could have been targeted by a covert sonic device that causes hearing loss.

Havana denies the allegation, but the US has removed two Cuban diplomats from Washington DC in retaliation.

“Cuba has never, nor would ever, allow the Cuban territory to be used for any kind of action against accredited diplomats or their families,” Cuba’s foreign ministry said.

While US officials have not directly accused the Cuban government, US Department of State spokeswoman Heather Nauer said it had a “responsibility” to protect US diplomats.

Global Affairs Canada, the country’s foreign ministry, says the government is working with US and Cuban officials to find out what happened.

“We are aware of unusual symptoms affecting Canadian and US diplomatic personnel and their families in Havana,” a spokesperson for Global Affairs told the BBC.

“The government is actively working – including with US and Cuban authorities – to ascertain the cause. At this time, we do not have any reason to believe Canadian tourists and other visitors could be affected.”

The Associated Press reported that a US investigation determined that the American diplomats’ hearing loss could have been linked to sonic devices which emit inaudible sound waves that can cause deafness.

US officials, speaking to the agency anonymously, said investigations had determined devices had been deployed either inside or outside diplomats’ homes.

Investigators are also considering the possibility that a third country, such as Russia, was behind the incidents, officials familiar with the inquiry told AP.

About five American diplomats, including some spouses, had been affected, but no children were involved, US officials said.

While they were not life-threatening, she revealed that a number of people had been brought home to the US as a result.

Washington and Havana only re-established ties in 2015, following 50 years of hostilities between the two countries.

Florida Senator Marco Rubio said the alleged incidents were just the latest examples of harassment toward US diplomats in Cuba.

“Personal harm to US officials shows the extent the Castro regime will go and clearly violates international norms,” he said.

If true, the use of sonic devices to cause harm to diplomats would be unprecedented.

Ahead of NAFTA talks, Canada looks to U.S. Midwest