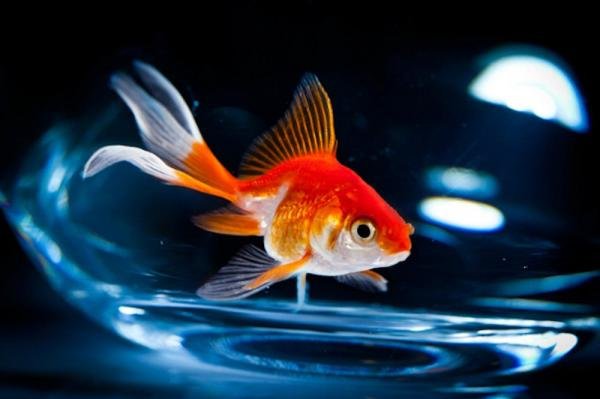 Goldfish can make their own alcohol, allowing them to survive long winters at the bottom of frozen lakes with little to no oxygen. Now, researchers know how.

Scientists at the universities of Oslo and Liverpool discovered the key to the goldfish’s unique metabolic ability: a pair of proteins key to the breakdown of carbohydrates inside the cell’s mitochondria. One of the two proteins is similar to proteins found in other species, but the second is unique.

The second protein carries metabolic substrates outside the cell’s mitochondria, aiding the conversion of lactic acid into ethanol. The alcohol is then diffused across the fish’s gills.

Researchers believe the goldfish and its wild relatives, crucian carp, adapted their metabolic abilities to their unique conditions some 8 million years ago by duplicating the portion of their genome related to metabolic proteins.

“During their time in oxygen-free water in ice-covered ponds, which can last for several months in their northern European habitat, blood alcohol concentrations in crucian carp can reach more than 50 mg per 100 millilitres, which is above the drink drive limit in these countries,” Michael Berenbrink, an evolutionary physiologist at the University of Liverpool, said in a news release. “However, this is still a much better situation than filling up with lactic acid, which is the metabolic end product for other vertebrates, including humans, when devoid of oxygen.”

Researchers suggest their findings — detailed this week in the journal Scientific Reports — are a reminder of the importance of genomic duplications in enabling species to adapt to seemingly inhospitable environs.

“The ethanol production allows the crucian carp to be the only fish species surviving and exploiting these harsh environments, thereby avoiding competition and escaping predation by other fish species with which they normally interact in better oxygenated waters,” said Cathrine Elisabeth Fagernes, from the University of Oslo. “It’s no wonder then that the crucian carp’s cousin the goldfish is arguably one of the most resilient pets under human care.”

How to watch this weekend’s Perseid meteor shower

Small asteroid to pass between Earth and the moon