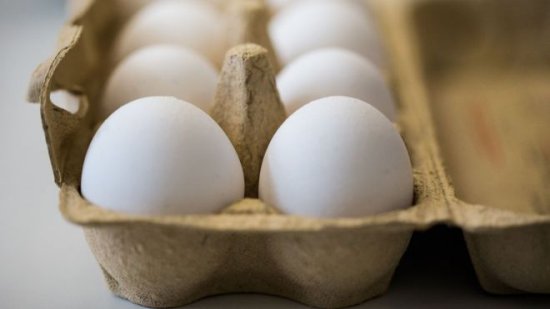 About 700,000 eggs from Dutch farms in a contamination scare have been distributed in the UK, up from an earlier estimate of 21,000.

The FSA says the new figure is 0.007% of the eggs eaten in the UK every year, so “it is very unlikely that there is any risk to public health”.

Dutch and Belgian police are searching several premises linked to use of the insecticide fipronil.

Supermarkets in Belgium, the Netherlands and Germany have withdrawn millions of eggs from sale.

The Belgian raids are in the Campine and West Flanders regions, Belgian media report.

Hygiene firms that use the insecticide are reportedly being searched. Fipronil can harm humans and is banned in food production.

The chemical can damage people’s kidneys, liver and thyroid glands. It is used to kill lice and ticks on animals.

But experts say the current food safety risk is not acute.

The Netherlands is Europe’s biggest egg producer – and one of the largest exporters of eggs and egg products in the world.

The FSA says that in the UK, the Dutch eggs were used in processed foods with many other ingredients – mostly sandwich fillings or other chilled foods.

“While in some European countries eggs containing Fipronil residues have been sold as fresh eggs, in the UK this is not the case. Many of the eggs involved were mixed with other eggs which have not come from affected farms, so Fipronil residues will be highly diluted.”

Aldi is among the supermarkets that have pulled eggs off the shelves, a move it described as “purely precautionary”. Those sold in its UK stores were British, Aldi said.

The problem first surfaced in August, when Aldi withdrew all its eggs from sale in Germany.

It has since emerged Belgian officials knew about the contamination in June, but did not make the information public.

More than 100 poultry farms have been closed during the investigation.

It is thought that fipronil was added to disinfectant used on some chicken farms.

The UK produces 85% of the eggs it consumes but imports almost two billion annually, the FSA said.