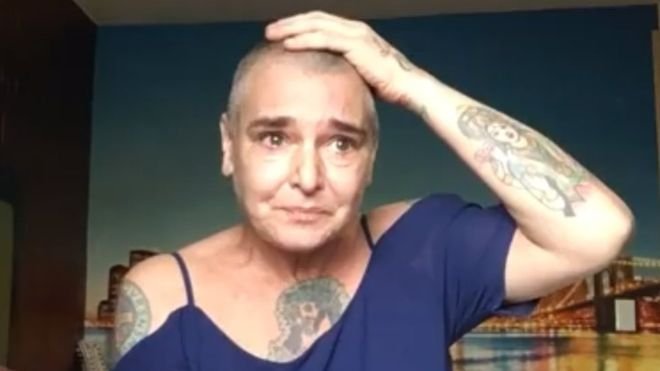 The singer is seen crying in the 12-minute video, which she said she was uploading in an effort to help people understand mental illness.

“I am now living in a motel in New Jersey. I’m all by myself,” she said.

“There’s absolutely nobody in my life except my doctor, my psychiatrist – the sweetest man on earth, who says I’m his hero – and that’s about the only thing keeping me alive at the moment… and that’s kind of pathetic.

“I want everyone to know what it’s like, that’s why I’m making this video.”

O’Connor criticised her family for not taking better care of her over the last two years.

“I am one of millions… people who suffer from mental illness are the most vulnerable people on earth, we can’t take care of ourselves, you’ve got to take care of us,” she said.

“My entire life is revolving around not dying, and that’s not living. And I’m not going to die, but still, this is no way for people to be living.”

The singer was diagnosed with bipolar disorder in 2003, but she later said she had been misdiagnosed and actually suffered from depression and Post Traumatic Stress Disorder ​(PTSD).

US actorss Pratt and Faris to separate