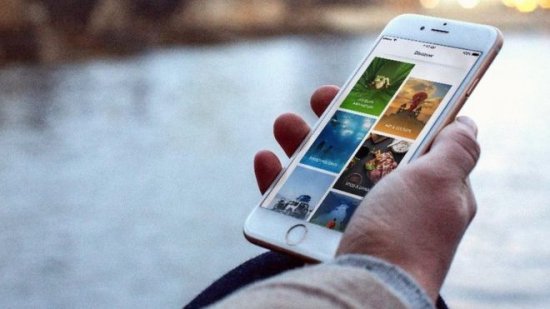 Algorithms don’t have good taste. At least not yet.

Since 1973, his firm has been using a vast human network of travel experts, and local knowledge, to pack its best-selling guides with tailored information. But that job is getting harder.

As Google’s dominance grows (even with its latest legal problems) I wonder how the travel brand can remain relevant at a time when we’re more often than not turning to algorithms and search engines to guide us around new places.

Enter, Trips. The app – available on iOS from Tuesday – can be seen as a clean blend of Instagram and the slick writing platform, Medium.

Its goal is to provide travellers with a space to curate their best holiday photos into beautiful, shareable posts. Along the way, Lonely Planet’s network can offer added insight about the place you, or your friend, have visited.

Trips follows Guides, the app the company launched in February last year. That app was mostly a continuation of what the books offer: travel advice, pulled together from human recommendations.

It proved popular but Mr Houghton acknowledges that people tended to only use the app for about eight weeks a year – the planning stage of a trip, and then navigation once they’d arrived.

“We wanted to build a product that was very much something you wanted to look at every day,” he tells the BBC.

“Of no less importance is the books, but we’re really working hard to build out a digital portfolio to go along with that.”

Lonely Planet’s future relies on a couple of things. First, its reputation. Second, the belief that human recommendations will continue to out-perform anything offered via algorithm or Google search.

Lonely Planet is rightly proud of its history of latching on to new opportunities in technology.

While still famed for its books, there’s no sign that the firm suffers from what you might call Blockbuster Video-syndrome – ie a self-destructive determination to protect its original business model in the face of emerging, digital markets.

“We’ve been around since 1973, and at that point a book was one of the few options in terms of getting out the depth of our information to travellers,” Mr Houghton says.

“But the business has a real history of jumping on to new platforms.”

That history goes back to the very early days of the world wide web – with the Thorn Tree, a message board run by Lonely Planet, set up in 1996, one of the first websites ever created. Lonely Planet also had an app ready for day one of Apple’s App Store in 2008.

To my eye, Trips doesn’t offer any killer features that will drag people away from Instagram (or anywhere else) altogether. It requires a big investment from its users to spend time taking good pictures and/or writing at length. It also lacks some of the basic features that people may expect, such as photo filters.

But that’s not the point, Mr Houghton argues.

“I don’t think it’s a one or the other, I don’t expect anyone to stop using those platforms,” he says.

” I will still post my images [on Instagram] as well. This is a more heavily narrated, editorial story than just, ‘Here’s my one photo.’”