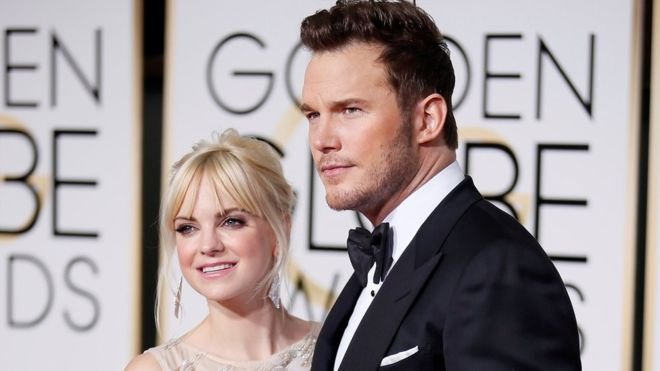 US actors Chris Pratt and Anna Faris have announced that they are separating after eight years of marriage in joint statements shared on social media.

The couple, who met in 2007 while filming the romantic comedy Take Me Home Tonight, said attempts to save their relationship had failed.

“We tried hard for a long time, and we’re really disappointed,” Pratt wrote in a post on Facebook on Sunday.

“Our son has two parents who love him very much and for his sake we want to keep this situation as private as possible moving forward,” the statement said. (Click here for the statement).

The statement added that the two had “cherished” their time together and “continue to have the deepest respect for one another”.

Pratt, who played Andy Dwyer in the US comedy series Parks and Recreation, has become one of Hollywood’s most sought-after leading men thanks to roles in Jurassic World and Marvel’s Guardians of the Galaxy.

In April, he paid a lengthy tribute to Faris after receiving a star on the Hollywood Walk of Fame.

“Without you, none of this would mean anything,” he said.

Faris had earlier praised Pratt at the ceremony, introducing him to the stage with an emotional speech.

“I know that if our circumstances were different, and we weren’t as fortunate to be standing here and leading our Hollywood life, we would be happy in the woods together,” she said.

Faris found fame in 2000 with Scary Movie, the spoof horror film series in which she played Cindy Campbell in the first four instalments. She later co-starred alongside Sacha Baron Cohen in the controversial 2012 film The Dictator and told the BBC at the time that it was an “honour” working with him.

She went on to play the role of Christy Plunkett, a single mother who has battled with alcoholism and drug abuse in Chuck Lorre’s US sitcom Mom.

The news of the couple’s split was met with disbelief on social media as fans took to Facebook to share their sadness.

“Lord, I pray that you restore this marriage. In Jesus’ name. Amen,” wrote Ann Stenbak Cole.

Another Facebook user, Miriam Sinton, wrote: “I never thought I would see this announcement. I am sorry for you and your family.”