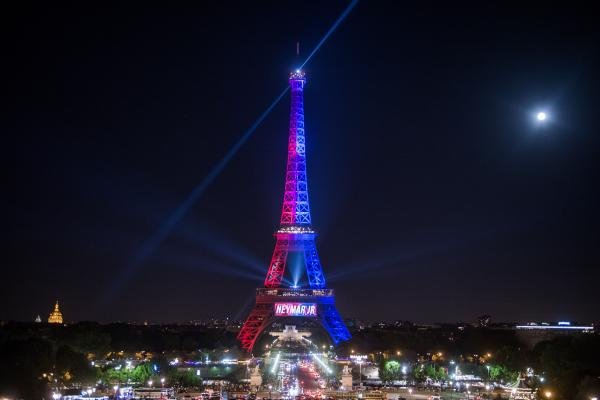 French police have detained a 19-year-old knife-wielding man who tried to force his way into Paris’ Eiffel Tower.

The suspect, wearing a Paris Saint-Germain soccer shirt, was “very quickly overpowered and arrested” by a security guard when he tried to force his way through barriers on Saturday, according to a statement by the Eiffel Tower operating company.

Sources told RFI that the unidentified man shouted “Allahu Akbar” — “God is great” in Arabic — during the incident.

Sources described the suspect as a French national born in Mauritania, western Africa, who left a psychiatric hospital in July.

No one was injured and the tower was evacuated at 11:30 p.m., about half an hour before the tower stops admitting visitors. The Eiffel Tower reopened as normal at 9 a.m. Sunday.

Anti-terrorism prosecutors are investigating the incident.

The tower was lit up with Paris Saint-Germain’s blue and red colors welcoming the signing of Brazilian star Neymar da Silva Santos Jr.

France has been under a state of emergency since November 2015, when 130 people were killed in a terrorist attack in Paris.