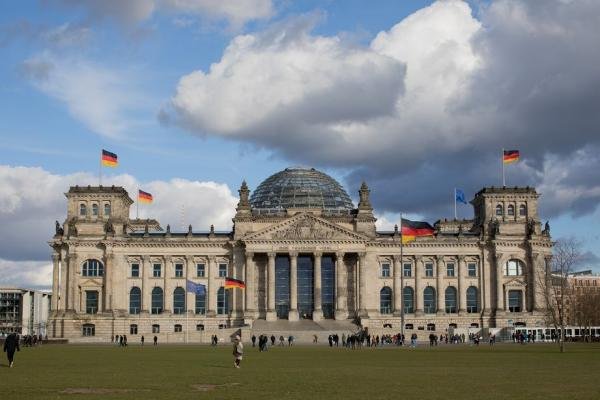 Police in Berlin said two Chinese tourists were arrested after giving Nazi salutes outside of the Reichstag, the historic building that hosts Germany’s lower house of Parliament.

Police said the tourists took cellphone pictures of each other delivering the Nazi salute — recognized as a symbol pledging support for Adolf Hitler — outside of the Reichstag on Saturday.

The unidentified Chinese men aged 36 and 49 could face a fine or a prison sentence of up to three years if convicted. German authorities, which have begun criminal proceedings, released the pair after they posted bail of about $600 each.

Germany’s criminal code bans the use of symbols belonging to “unconstitutional organizations” outside of contextual use within “art or science, research or teaching, reporting about current historical events or similar purposes.”

The criminal code established after the Second World War targeting Nazi symbolism and propaganda — known as section 86a — is mostly used to prosecute members of far-right organizations, such as Neo-Nazis.

British model kidnapped in Milan ‘to be sold in online auction’