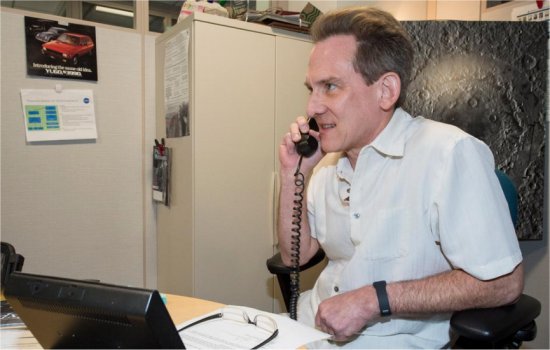 A New Jersey fourth grader hopes to put his skills as a self-proclaimed “Guardian of the Galaxy” to use in applying for a position at NASA.

NASA’s recent announcement about a position as Planetary Protection Officer drew the attention of 9-year-old Jack Davis, who believes he is the right fit for the job.

“I may be nine but I think I would be fit for the job. One of the reasons is my sister says I am an alien. Also, I have seen almost all the space movies and alien movies I can see,” Jack said in a handwritten letter to NASA.

Davis added that he’s great at video games and hopes to expand his knowledge about space by watching Men in Black.

“I am young, so I can learn to think like an alien,” he said.

Although Green’s letter didn’t include a formal job offer, he did present an opportunity for Davis to work toward a position with NASA some time in the future.

“We are always looking for bright future scientists and engineers to help us, so I hope you will study hard and do well in school. We hope to see you here at NASA one of these days,” Green wrote.

Davis also received a call from NASA’s Planetary Research Director Jonathan Rall to thank him for his interest in the position.

Although the Planetary Protection Officer will likely go to a candidate with a bit more experience than the bold fourth grader, Green said he was excited at the opportunity to foster interest about space and science in young people like Davis.

“At NASA, we love to teach kids about space and inspire them to be the next generation of explorers,” he said. “Think of it as a gravity assist — a boost that may positively and forever change a person’s course in life, and our footprint in the universe.”