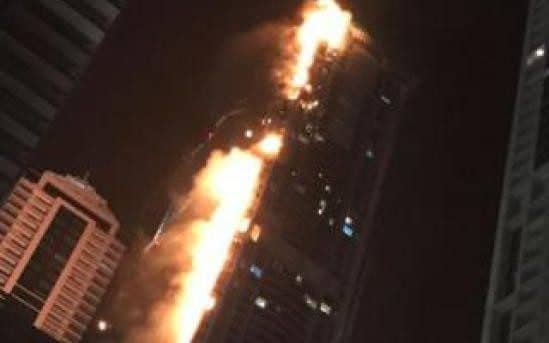 A large fire has ripped through a residential skyscraper in Dubai in the United Arab Emirates – for the second time in two years.

The authorities later said that civil defence workers “successfully evacuated” the building and the blaze was brought under control.

It is not clear what caused the fire in one of the world’s tallest buildings.

“No injuries have been reported so far in the Torch Tower fire incident,” the government of Dubai’s media office tweeted.

It added that “cooling operations were under way”.

The Torch Tower was damaged by an earlier blaze in 2015.