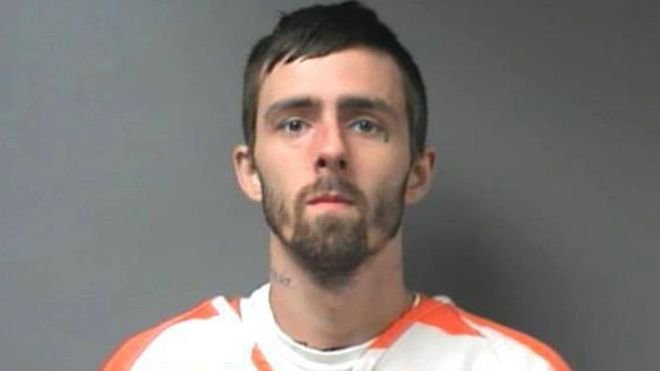 Twelve inmates escaped from a prison in Alabama after using peanut butter to trick a guard into unlocking a door that led outside, police say.

The men fled the facility after confusing a new member of staff by smearing the peanut butter over a number on an exit door.

The inmates then used their orange prison uniforms and blankets to overcome a razor wire fence.

All 12 of the fugitives who escaped on Sunday have since been recaptured.

Eleven of the men were tracked down and returned to custody within 12 hours of the prison break, but the final escapee managed to evade authorities until Tuesday evening.

Brady Andrew Kilpatrick, 24, was the only prisoner to make it out of the county, according to the local sheriff’s Facebook page.

He was later captured by police in Tequesta, Florida.

“The inmates took advantage of a new guard by using peanut butter to conceal an exit door number,” the Walker County Alabama Sheriff’s Office said in a statement.

“When the inmates called for the guard to open the door and let them in a cell, the guard inadvertently opened the exit door,” the statement said.

The new guard said that he thought he was opening a cell door for one of the prisoners and later described the escapees as “crazy like a fox”, local sheriff James Underwood told Fox News.

It was not clear which variety of the paste was used by the prisoners, or whether it was crunchy or smooth.

The county prison is now looking at ways of renumbering the doors “in a way that peanut butter won’t have any effect on them,” Mr Underwood said, adding that the scheme to use the spread was “very smart thinking on their part”.

The men who escaped on Sunday have convictions ranging from burglary and drugs charges to attempted murder.