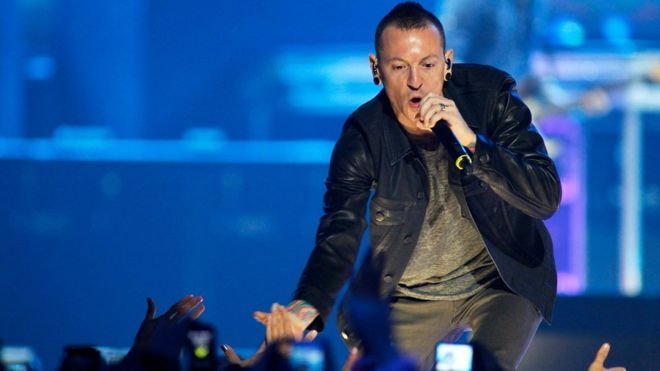 Linkin Park singer Chester Bennington’s funeral has taken place just over a week after his death at the age of 41.

The private service was held near his home in Palos Verdes, California, according to TMZ.

Guests were given wristbands and access passes similar to VIP concert passes, featuring an image of the star.

Bennington’s body was found at a private home in Los Angeles on 20 July. A coroner said the star apparently hanged himself.

A stage with a drum kit was set up at the funeral.

About 200 family members, friends and musicians attended the service. They included hip-hop star Blackbear, who wrote on Twitter:

Their debut album Hybrid Theory was their highest-placing album at number four. It includes hit song In the End, which was the highest-charting Linkin Park entry on this week’s singles chart at number 14.

The band have now become the first US band in 50 years to secure three albums in the top 10.

“Our hearts are broken. The shock waves of grief and denial are still sweeping through our family as we come to grips with what has happened,” it read.

“You touched so many lives, maybe even more than you realised.”

The band had a string of hits including Faint, In The End and Crawling, and collaborated with the rapper Jay-Z.