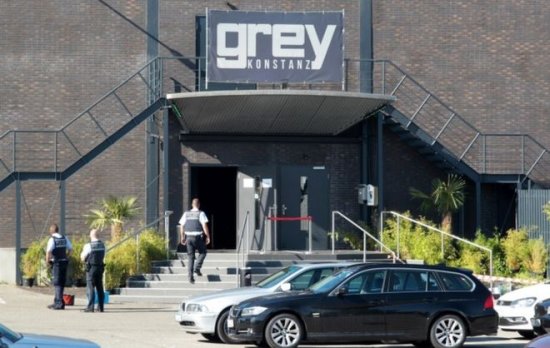 A gunman has been shot dead by German police after opening fire at a nightclub in the city of Constance.

One person was killed and three seriously injured in the attack at about 04:30 (02:30 GMT) on Sunday.

The shooter targeted the Grey club in an industrial part of the city, on Max-Stromeyer-Strasse.

Police have ruled out a terrorist motive. A spokesperson told N-TV that the gunman was a 34-year-old Iraqi citizen, but not an asylum seeker.

He is believed to have lived in Germany for a long time.

Hundreds of revellers are thought to have been at the club. Police said they either fled outside in terror, or found places to hide as the shooting unfolded.

A doorman appeared to have been shot with an automatic weapon as he tried to stop the attacker, witnesses told broadcaster SWR.

One police officer was also wounded in the exchange of fire. The officer’s injuries are not thought to be life-threatening.

Police and prosecutors said in a statement (in German) that special commando forces and a police helicopter had been deployed, as it was not yet known if the suspect had accomplices.

The motive for the shooting remains unclear.