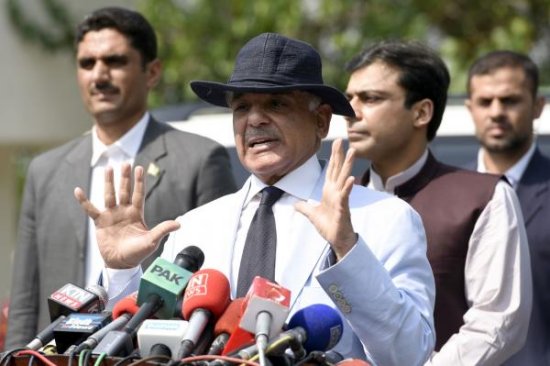 Shehbaz Sharif will likely assume the role of Pakistan’s prime minister after his brother Nawaz Sharif resigned from the office on Friday.

The decision was made during an informal meeting headed by Nawaz Sharif, just hours after the country’s Supreme Court disqualified him from the office following a 15-month corruption investigation.

Nawaz Sharif moved out of the prime minister’s house and all of the members of his cabinet had their protocols removed.

During the meeting to determine its political and legal options after Sharif’s removal, the Pakistan Muslim League party considered several candidates, including Sharif’s wife, before settling on his brother as the replacement.

Abbasi said the party was unified in Shehbaz Sharif’s selection, despite continuing to contest the former prime minister’s removal.

“There is no conflict in the party. We may have given in, but history will not accept this decision [to disqualify Nawaz Sharif]. The nation has not accepted this decision,” he said.

The party can independently vote Shehbaz Sharif into the office of prime minister, due to its significant majority in parliament and he will also likely look to be elected to the country’s National Assembly.

Shebaz Sharif will also be required to vacate his seat on the Punjab Assembly as chief minister.

Brother of ousted Sharif lined up to take over