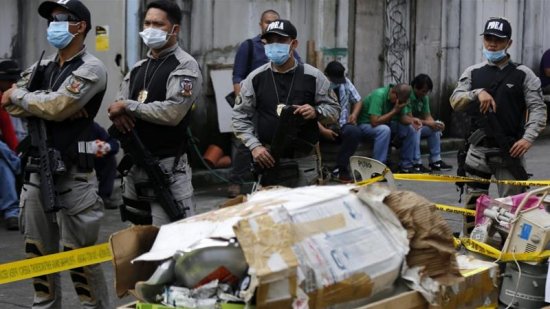 Phillippine police have killed a city mayor, his wife and 10 others during a series of pre-dawn anti-drug raids in the south, officials said.

Reynaldo Parojinog, mayor of Ozamiz city, is the latest official to be killed since President Rodrigo Duterte launched a drug war.

Officers were to serve warrants for the arrest of Parojinog, his daughter, and four other officials of Ozamiz city when they allegedly opened fire on Sunday.

The officers were “met with volleys of fire from [the mayor’s] security, prompting the Philippine National Police personnel to retaliate,” Chief Superintendent Timoteo Pacleb said in a statement.

Parojinog was among the more than 160 officials Duterte publicly linked to drugs in August last year as part of a shame campaign.

Parojinog’ wife, a provincial board member who was also a relative, and four security guards of the family were among those also killed, Pacleb said.

Officers recovered grenades, ammunition as well as illegal drugs in the raid, according to police provincial chief Jaysen De Guzman.

Parojinog, who also faced corruption charges, had denied any links to illegal drugs.

He becomes the third mayor to be killed under Duterte’s bloody crackdown on drugs, which has left more than 3,000 dead since June 2016 and drawn wide criticism by human rights groups.

In November 2016, police officers killed Rolando Espinosa, the mayor of Albuera town, shooting him inside a jail cell in the central province of Leyte.

A week before that, Samsudin Dimaukom, the mayor of the southern town of Saudi Ampatuan, was killed in a shootout at a police checkpoint on suspicion he and his security personnel were transporting illegal drugs, authorities said.