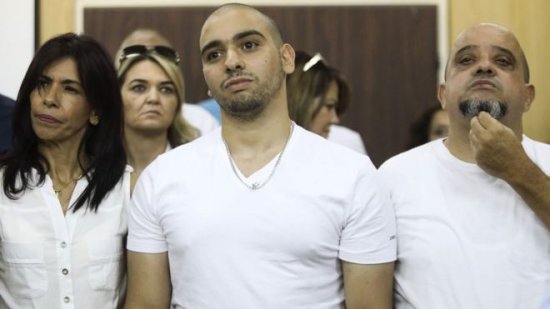 An Israeli military court has rejected the appeal of a soldier who was jailed for 18 months for killing a wounded Palestinian attacker.

Elor Azaria was found guilty in January of manslaughter over the March 2016 shooting of Abdul Fatah al-Sharif, 21, in Hebron, in the occupied West Bank.

Azaria had told a colleague that Sharif, who had stabbed another soldier, “deserved to die”.

Israeli military chiefs condemned his actions, but others praised them.

After the hearing, Prime Minister Benjamin Netanyahu and Defence Minister Avigdor Lieberman said the soldier should be pardoned.

Lt Gen Gadi Eisenkot, the chief of staff of the Israel Defense Forces, said the verdict was “loud and clear” but that he would consider a pardon carefully if a request for one were made.

Azaria – a sergeant and military medic – had appealed against the verdict, while the prosecution was demanding an increased sentence.

As well as rejecting his appeal, the court decided Azaria’s 18-month sentence should stand, saying that his version of events had been unreliable.

His “original reason” for killing Sharif was revenge, the Times of Israel reported, quoting the judges.

Azaria had said he acted out of fear that Sharif might have been wearing an explosive vest.

However, “Azaria’s shooting [of the Palestinian assailant Abdel Fattah al-Sharif] was not motivated by fear of the terrorist’s future action”, the judges said.

The judges were also critical of the 21-year-old who, they said, “decided to question the character of nearly everyone who questioned his character, and never expressed remorse or questioned his actions”.

He was, however, “a devoted and excelling warrior until the incident”, the judges said, according to the Times of Israel.

The case has fuelled debate in Israel over when and how soldiers are entitled to use lethal force against attackers.

The shooting occurred amid a wave of attacks by Palestinians that had killed 29 Israelis over the preceding five months.

Following the incident, military chiefs and the prime minister came under fire from right-wing sections of society – including members of Mr Netanyahu’s cabinet – for criticising Azaria’s actions.

Azaria’s lawyers now have the option of taking the case to the Supreme Court.