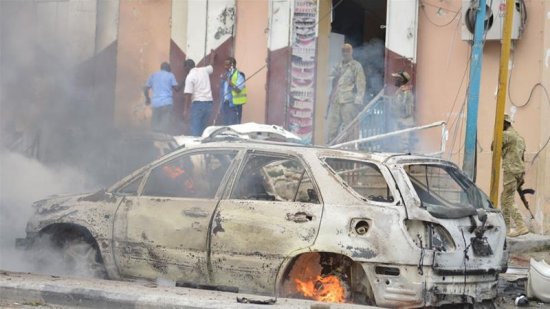 A car bomb exploded near a police station in Somalia’s capital, Mogadishu, killing at least six people and wounding another 13, police and witnesses said.

The bomb detonated as the car was driving in the busy Maka al Mukaram road.

“The death toll may rise. Most of the injured ones are very serious,” police officer, Mohamed Hussein, told Reuters news agency.

Photojournalist Abdirizak Mohamud Tuuryare was at the scene.

“I saw bodies of five people, including women,” he told Al Jazeera.

The blast occurred amid a traffic jam while soldiers were searching cars at a nearby intersection.

Most of the victims are civilians.

The exact target of the blast remains unclear.

No group has claimed responsibility for the apparent attack.

Somalia’s Prime Minister Hassan Ali Khaire said no such blast had taken place in the capital for a month.