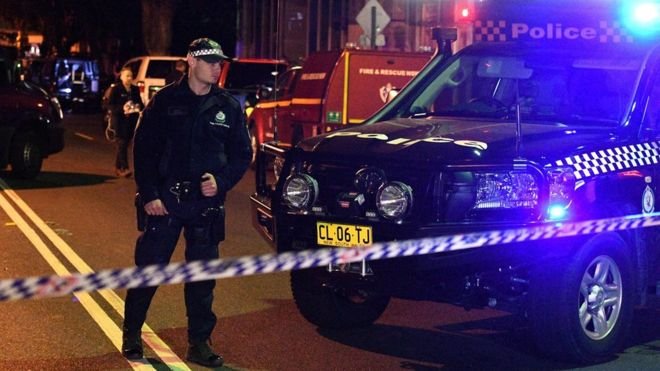 Counter-terrorism police in Australia have stopped a suspected plot to bring down an aeroplane, Prime Minister Malcolm Turnbull has said.

He was speaking after four people were arrested in raids across Sydney.

Investigators said they had seized materials in the raids that could have been used to make an improvised explosive device.

Mr Turnbull said the raids had been a “major joint counter-terrorism operation”.

He said extra security was in place at domestic and international airports.

“In recent days, law enforcement has become aware of information that suggested some people in Sydney were planning to commit a terrorist attack using an IED (improvised explosive device),” he told a news conference.

He said police did not yet have information on “the specific attack, the location, date or time”, adding that he expected the investigation to be “long and protracted”.

ABC reported that a woman in the Surry Hills area, who said her son and husband had been arrested, denied that they had any links to terrorism.