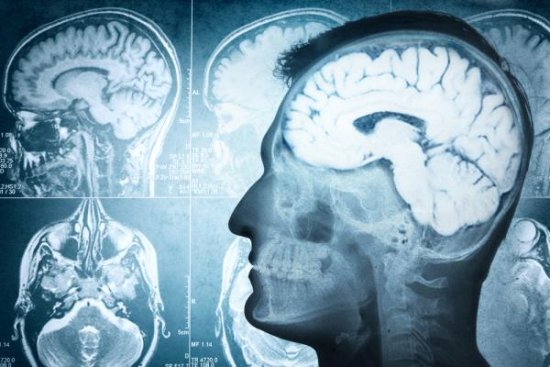 A new study has found something remarkable: The activation of a particular type of immune cell in the brain can, on its own, lead to obesity in mice. This striking result provides the strongest demonstration yet that brain inflammation may be a cause, rather than a consequence, of obesity. It also provides promising leads for new anti-obesity therapies.

The evidence linking brain inflammation to obesity has been building for some time. Consistent overeating causes stress and damage to cells in the body and brain. This damage results in a response from the immune system that has a wide range of effects.

Some of these effects help to reduce the problems caused by overeating, but others seem to make things worse. For example, in the hypothalamus — the part of the brain that controls, among other things, eating and activity — inflammation causes problems such as leptin resistance that interferes with the regulation of body weight.

Leptin is a hormone that is released by fat cells and provides the brain with information about the amount of energy stored as body fat. Normally, neurons in the hypothalamus that are sensitive to leptin will use this information to regulate eating and activity as needed to maintain body fat within some desired range.

In obesity, however, these neurons become insensitive to leptin. As a result, they no longer trigger the decrease in hunger and increase in energy expenditure that are necessary to lose excess weight. This is why the vast majority of attempts by obese people to lose weight fail— inflammation causes the brain to fight against it every step of the way.

So brain inflammation clearly plays an important role in sustaining obesity. But could it also be one of the primary causes of obesity in the first place? The onset of brain inflammation coincides with the other changes that take place in the body and brain as a result of overeating and weight gain. But whether brain inflammation actually causes the development of obesity is not yet clear. The results of the new study, however, demonstrate that the activation of a particular type of brain immune cell, microglia, initiates a cascade of events that do indeed lead directly to obesity.

In the study, researchers at the University of California, San Francisco and the University of Washington performed experiments on mice. They found that altering the activity of microglia in the hypothalamus allowed them to control the body weight of the mice independent of diet.

The researchers began by testing the effects of reducing either the number of microglia or their level of activity. They found that both manipulations cut the weight gain that resulted from putting the mice on high-fat diet in half.

They then tested the effects of increasing the activity of microglia. They found that this manipulation caused obesity even in mice that were on a normal diet. This latter result is particularly surprising. The fact that obesity can be induced through microglia — rather than directly through neurons themselves — is an indication of how strongly the brain’s supporting cells can exert control over its primary functions.

This new study alone has identified several possible targets for anti-obesity drugs. Intriguingly, one of the same drugs that was used in the study to decrease activity in microglia is also being tested in human cancer trials, so initial indications of its effects on body weight should be available soon. But either way, a deeper understanding of the role of brain inflammation will help to clarify the causes of obesity. And hopefully prompt ideas about how it can be avoided in the first place.

E-cigarette use linked to increase in smoking cessation rates