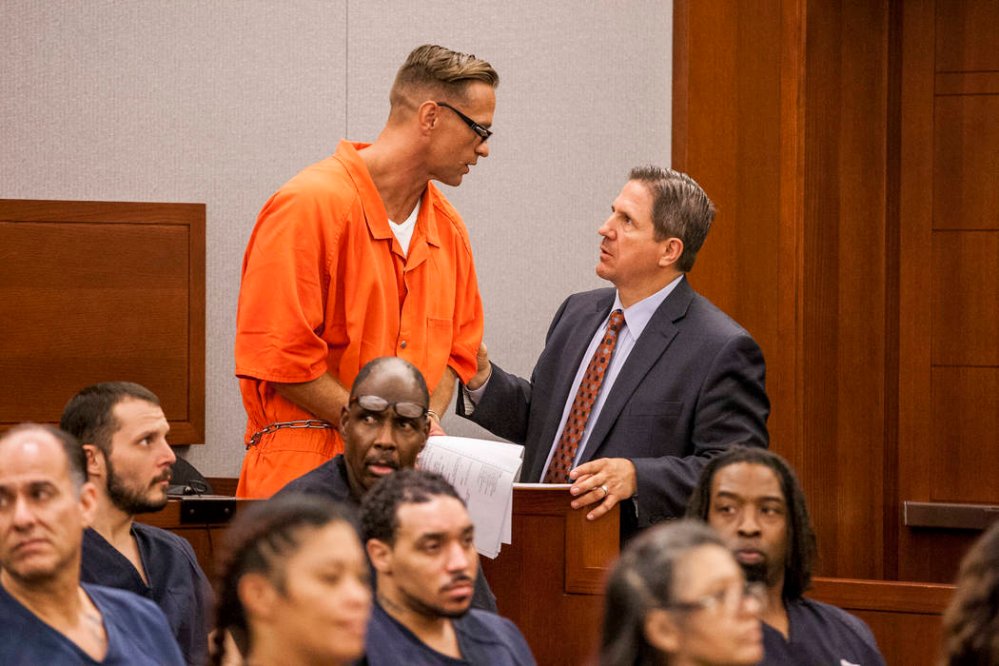 A convicted murderer who has been on death row since 2007 asked for an execution date Thursday, and a Las Vegas judge granted his request.

Scott Dozier, 46, stood up in a Las Vegas courtroom and informed Clark County District Judge Jennifer Togliatti that he was fully aware of his request, as well as some of the risks associated with lethal injection drugs.

“My outlook on that is that, personally, I think once they start with it, they’re gonna get it done one way or another,” Dozier said about reports of botched executions from expired drugs, reported the Las Vegas Review-Journal. “Ideally, it will not be terrible or painful, but if it is, I’m kind of committed at that point.”

He added: “Quite frankly, your honor, all those people ended up dead, and that’s my goal here.”

Dozier told his attorneys in October to stop his appeals and allow him to pursue an execution date. At the time, he asked for execution by firing squad, but Nevada only uses lethal injection to execute prisoners.

Earlier this month, Togliatti ordered a mental evaluation of Dozier.

There were “no grounds — health, mental, psychological or otherwise — that would impede the defendant choosing to negate his rights to post-conviction and have the death sentence imposed,” the evaluation read.

Dozier was sentenced to death in 2007 for the 2002 murder of 22-year-old Jeremiah Miller. A Nevada court found him guilty of shooting Miller in the head, draining his body of blood in a bathtub, cutting him into pieces and discarding his remains in an effort to steal $12,000 in a supposed drug deal.

At the time of the trial, Dozier was already serving a 22 year sentence in Arizona for killing and dismembering 26-year-old Jasen Green in another drug-related murder.

During his time in prison, Dozier became an artist and posted several of his paintings on a Facebook page. He also made attempts to be a columnist for Vice.com in 2012.

For the past few months, he has been pursuing his execution.

“It’s been a long time coming and I finally just got fed up with it,” he said in a recent phone call to a friend. “I’m so over the scene.”

House passes spending bill with $1.6B to begin border wall