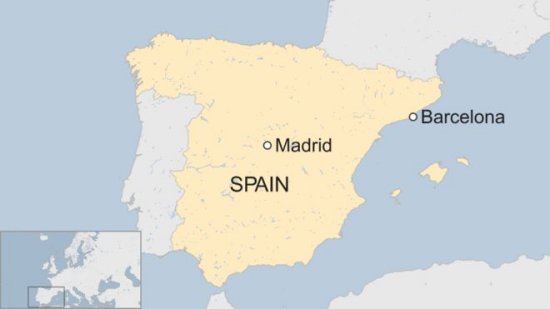 At least 48 people have been injured, five of them seriously, after a train crashed at a station in the Spanish city of Barcelona, officials say.

The incident happened during the morning rush hour at the Francia station, in the city centre.

Reports said the train did not brake when entering the station, hitting the buffers at the platform.

Images on social media showed the front end crumpled and the casing partially torn off.

At least 18 people had been taken to hospital, Barcelona’s emergency officials said on Twitter.