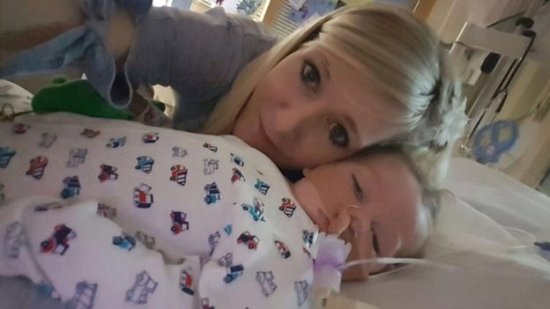 Terminally-ill Charlie Gard will be moved to a hospice and have his life support withdrawn soon after, a High Court judge has decided.

Great Ormond Street Hospital (GOSH) said it was not in his best interests to spend a long time in a hospice.

His parents had wanted a private team to care for Charlie so they could have more time with him. “GOSH have denied us our final wish,” his mother said.

The judge approved a plan that will see Charlie die shortly after being moved.

Mr Justice Francis added that no details about when he would be moved and where could be made public.

In a statement, the hospital said it deeply regretted “that profound and heartfelt differences” between Charlie’s doctors and parents have “had to be played out in court over such a protracted period”.

Parents, Connie Yates and Chris Gard, and GOSH had until 12:00 BST to agree Charlie’s end-of-life care. However, an agreement was not reached by the noon deadline.

The parents’ lawyer, Grant Armstrong said they wanted to spend days with Charlie at a hospice before his death.

But hospital bosses said they could not agree to the arrangement as his parents had not found a paediatric intensive care specialist.

Commenting on the decision, Connie said: “We just want some peace with our son, no hospital, no lawyers, no courts, no media, just quality time with Charlie away from everything, to say goodbye to him in the most loving way.

“Despite us and our legal team working tirelessly to arrange this near impossible task, the judge has ordered against what we arranged and has agreed to what GOSH asked.

“This subsequently gives us very little time with our son.”

The hospital said there was “simply no way that Charlie… can spend any significant time outside of an intensive care environment safely”.

It added: “We will arrange for Charlie to be transferred to a specialist children’s hospice… who will do all they can to make these last moments as comfortable and peaceful for Charlie and his loved ones.”

GOSH said that “while we always respect parents’ views, we will never do anything that could cause our patients unnecessary and prolonged suffering”.

The High Court order says Charlie will continue to be treated in hospital for a “period of time” before being moved to the hospice, which cannot be named for legal reasons.

It says doctors can then withdraw “artificial ventilation” after a period of time.

Everyone involved has agreed that the “arrangements” will “inevitably result in Charlie’s death within a short period thereafter”, the order adds.

Russia sanctions: EU vows to retaliate over US measures