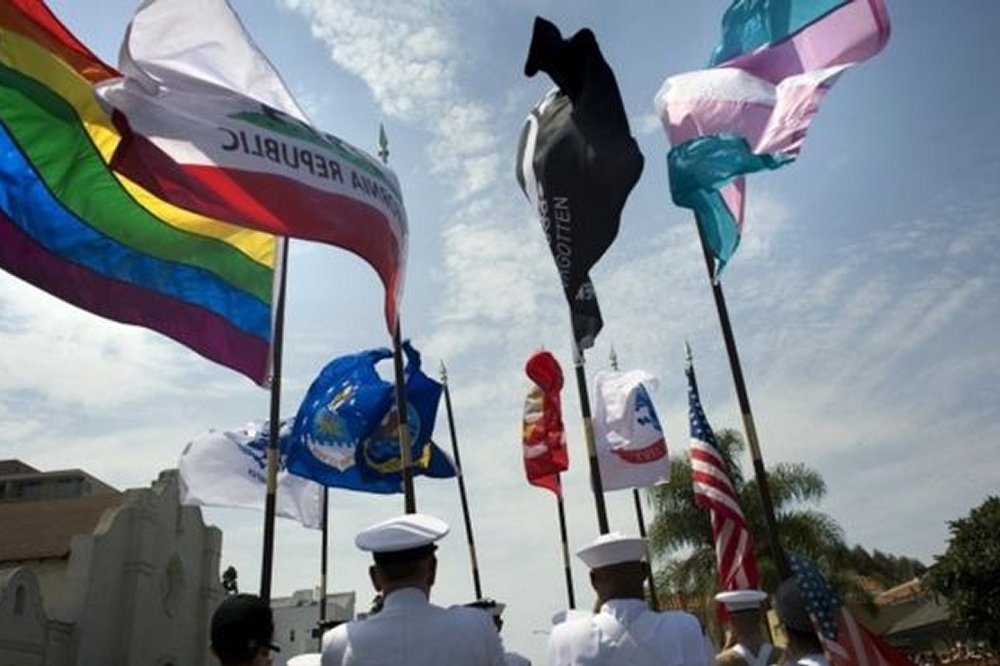 US President Donald Trump says transgender people cannot serve in “any capacity” in the military.

He tweeted that he had consulted with military experts and cited “tremendous medical costs and disruption”.

The Obama administration decided last year to allow transgender people to serve openly in the military.

But in June, Defence Secretary James Mattis agreed to a six-month delay in the recruitment of transgender people.

The Pentagon said this was to allow the different branches of the military to “review their accession plans and provide input on the impact to the readiness and lethality of our forces”.

Some Republicans have voiced opposition to allowing transgender people to serve at all.

The independent Rand Corporation estimated in 2016 that 2,450 of the 1.2 million active-duty service members are transgender, though some campaigners put the figure higher.

In a series of tweets, Mr Trump said: “After consultation with my Generals and military experts, please be advised that the United States Government will not accept or allow transgender individuals to serve in any capacity in the U.S. Military.

“Our military must be focused on decisive and overwhelming victory and cannot be burdened with the tremendous medical costs and disruption that transgender in the military would entail.”

Critics of Mr Trump’s move are contrasting it with his support for LGBT rights during last year’s election campaign, when he said “I will fight for you”.

While Mr Trump’s decision concerns transgender military personnel, the US military’s ban on openly gay and lesbian servicemen and women – known as “Don’t ask don’t tell” – was lifted in 2011.

Aaron Belkin, director of the Palm Centre, a leading think-tank which studies gender and sexuality in the military, told the BBC that Mr Trump’s decision would force transgender troops to in effect live as gays and lesbians did under “Don’t ask, don’t tell”.

“It’s not clear why the president would want to bring it back now for transgender troops, when all the evidence suggests that inclusive policy benefits the military and discrimination hurts the military.”

George Takei, equality campaigner and the actor who played Mr Sulu in Star Trek, accused the president of cruelty and pettiness.

Republican opponents of transgender people serving in the military include Vicky Hartzler, a congresswoman from Missouri, who wants transgender service members honourably discharged.

Others are opposed to the military bearing medical costs associated with transgender recruits, such as gender reassignment.

Trump supporter and political commentator Scott Presler is among those who disagree with the military carrying the cost of such interventions.

While disagreeing with the ban, he added that “generals know more about war than I do.

“I am cognizant that they understand what it takes to go to war… I don’t think this is an attack on the LGBT community.

“I’m mixed, but I have confidence in the guidance that President Trump is receiving,” he said. “I don’t think for a second he’s prejudiced.”

Obamacare: US senators vote in favour of debating repeal