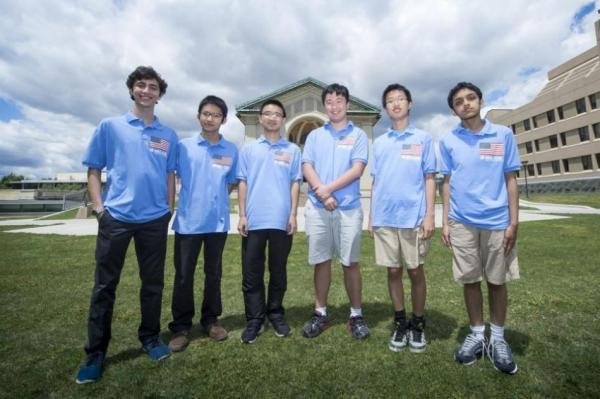 The U.S. team’s fourth place finish was out of 110 teams around the world and behind only Korea, China and Vietnam in the competition, which was held in Rio de Janeiro, Brazil.

“We are very proud to be among the top five scoring teams again this year, highlighting our country’s consistent mathematical talent and problem-solving capabilities among our high school students,” said Michael Pearson, executive director of the MAA.

He added: “This shows the strength of the MAA American Mathematics Competitions to build the problem-solving skills that students will use in the future to positively impact society. With the IMO team representing the top talent from the more than 300,000 students who participate in the MAA American Mathematics Competitions annually, we can look ahead to a growing population of problem solvers.”

The competition based its scores on the number of points scored by individual team members on six problems. The competition lasted two days and teams were given 4.5 hours to work three problems.

They were accompanied by coach Po-Shen Loh, professor of mathematics at Carnegie Mellon University, and deputy coach Brian Lawrence, a graduate student at Stanford University.

Also in attendance at the IMO competition was Hafez al-Assad, the son of Syrian President Bashar al-Assad, who went to Rio with the Syrian mathematics team.

The eldest son of Assad gave an interview to Brazilian newspaper, O Globo, and gave his thoughts about the civil war ravaging his country.

“It is a war against the people. The population and the government are united against the invaders who are taking the country,” he said. “The conflict has lasted six years and I hope it is nearing its end.”

The Syrian team finished 56th overall in the competition.

How does Laser tattoo removal work and how long does it take?