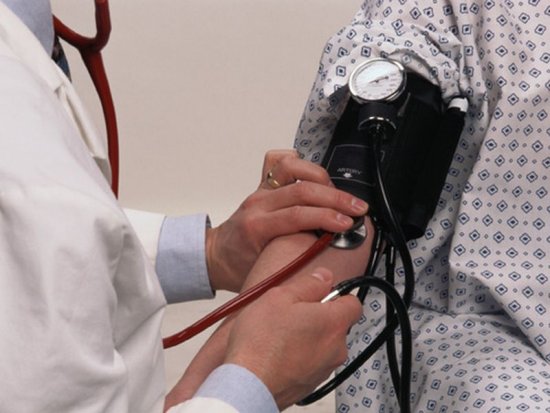 Your risk of a second stroke or ministroke remains considerable for at least five years after the first one, a new Canadian study finds.

“We showed that, even in those survivors who had no complications at all after their stroke, their risk did not return to normal,” said researcher Jodi Edwards.

Patients were still at seven times higher risk of having a second stroke one year later, and this risk remained high for up to five years, said Edwards, a postdoctoral fellow at Sunnybrook Health Sciences Center in Toronto.

“The main things that survivors can do to lower their risk of another stroke are to continue to aggressively manage key risk factors, such as high blood pressure,” she said.

Also, “confirm whether you have conditions such as atrial fibrillation [irregular heartbeat] and manage your behavioral choices, such as smoking cessation and increased physical activity,” Edwards said.

The first three months after a stroke or ministroke, also called a transient ischemic attack (TIA), are the prime time for recurrent stroke or a heart attack. But smoking and other poor lifestyle choices can greatly increase risk over time, she said.

While continued care is essential, it’s not always given, Edwards and other experts noted.

“We have to pay attention after the fact,” said Dr. Michael Hill, a professor of neurology at the University of Calgary.

With improved clot-busting drugs and other therapy, more people survive strokes, said Hill, who wrote an editorial accompanying the study.

Treatment often focuses on the first three months after a stroke, but these patients need to be followed long-term, said Hill.

Patients can play a role in their care by making sure their doctor is treating the risks that can lead to another stroke, he added.

For the study, Edwards and colleagues collected data on more than 26,300 stroke and ministroke survivors who had no complications in the first 90 days after discharge. Common complications include swelling of the brain, swallowing problems that can lead to pneumonia, and urinary tract infections.

The patients were treated in regional stroke centers in Ontario between 2003 and 2013. The researchers compared them with nearly 264,000 healthy people matched by age, gender and region.

The investigators found that the stroke patients’ risk of stroke or heart attack was significantly higher over the long term, compared with the healthy control group.

In the year after a stroke, about 10 percent of the patients died, had another stroke or heart attack or were admitted to a long-term care facility, the researchers found.

Over three years, that number rose to nearly one-quarter, and at five years to nearly 36 percent. One U.S. stroke expert noted the implications of this study. “This study highlights the importance of controlling vascular risk factors . . . as measures for secondary stroke prevention among clinically stable survivors of stroke or TIA,” said Dr. Anand Patel, a vascular neurologist.

The report should also stimulate the search for nontraditional risk factors, such as depression and obstructive sleep apnea, which could add to the risk of recurrent stroke, said Patel, of Northwell Health’s Neuroscience Institute in Manhasset, N.Y.

However, because of differences between the health systems in Canada and the United States, these findings need to be confirmed in the American health care system, Patel said.

The report and editorial were published July 24 in the Canadian Medical Association Journal.