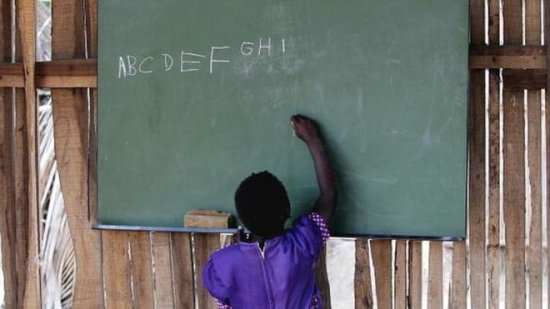 More than half the world’s children who are not being educated are in Nigeria, the country’s government has said.

Acknowledging the scale of the problem the education ministry’s permanent secretary Adamu Hussaini said it was “sad to note” that Nigeria had 10.5 million children out of school.

This is the first time senior officials have admitted the size of the problem.

Cultural factors have been blamed but critics point to a lack of money going to publicly funded schools.

The UN’s children’s agency, Unicef, has been campaigning on this issue as well as a number of other groups.

On a visit to the country last week, education activist Malala Yousafzai met acting president Yemi Osinbajo and asked him to declare what she called “an education state of emergency in Nigeria”.

Mr Hussaini said those most affected were girls, street children and the children of nomadic groups and added that economic prosperity can only be achieved with an “inclusive and functional education system”.

But BBC Hausa editor Jimeh Saleh says the failure in the education system is due to a lack of government funding, rather than any cultural factors as suggested by the ministry.

“Government funded schools in Nigeria have practically collapsed over the years because of poor funding leaving children from poor homes with nowhere to go but the streets,” he says.

Unicef estimates that 60% of Nigerian children not attending school live in the north of the country.

Xanda, son of Cecil the lion, ‘killed by hunter’ in Zimbabwe