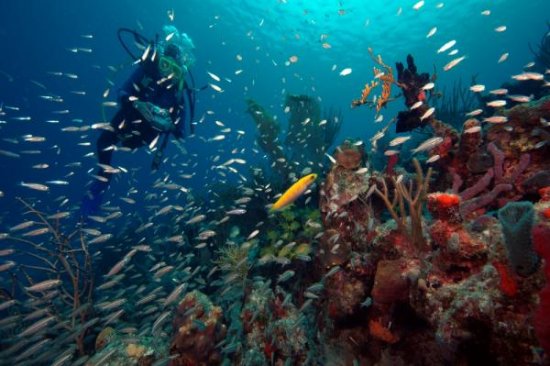 Coral gardening works, according to new research out of the University of Miami.

In a survey of coral restoration efforts, scientists found laboratory-raised coral fragments benefit native coral species when they’re used to repopulate struggling reefs. As well, the corals from which the fragments are removed don’t suffer as a result.

“Our study showed that current restoration methods are very effective,” lead study author Stephanie Schopmeyer, a biologist and coral expert at Miami’s Rosenstiel School of Marine and Atmospheric Science, said in a news release. “Healthy coral reefs are essential to our everyday life and successful coral restoration has been proven as a recovery tool for lost coastal resources.”

Researchers shared the findings of their survey this week in the journal Coral Reefs.

“Coral reefs are declining at an alarming rate and coral restoration programs are now considered an essential component to coral conservation and management plan,” said co-author Diego Lirman, a professor of marine biology and ecology at Rosenstiel. “Our findings provide the necessary scientific benchmarks to evaluate restoration progress moving forward.”

Corals serve as vital habitat for a range of species and serve as the anchor for rich and complex marine food chains. They are essential to marine ecosystems and a boon to humans, as they shelter many of the fish that feed commercial fish species. Coral reefs also provide valuable protection from hurricanes to coastal regions.

Signal may be from first ‘exomoon’

Astronomers detail additional evidence of water inside the moon