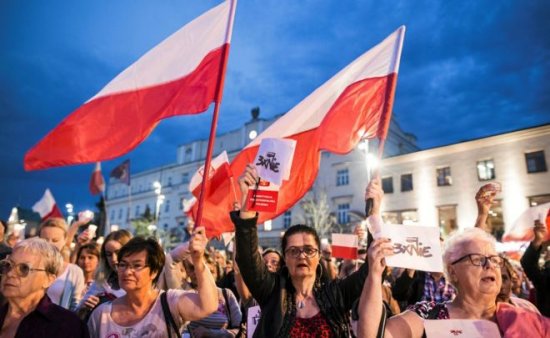 Polish President Andrzej Duda has announced he is vetoing a controversial law to replace Supreme Court judges with government nominees.

Three key judicial reforms have been passed by Poland’s parliament, prompting days of demonstrations across the country.

Before they became law, they required approval by the president.

The changes have also set Poland’s right-wing government on a collision course with the European Union.

“As president I don’t feel this law would strengthen a sense of justice,” Mr Duda said in a statement broadcast on national TV.

He had already intervened last week in an attempt to find a compromise and the laws went through parliament at the weekend.

The Law and Justice (PiS) government rejected claims that the reforms were a move towards authoritarian rule.