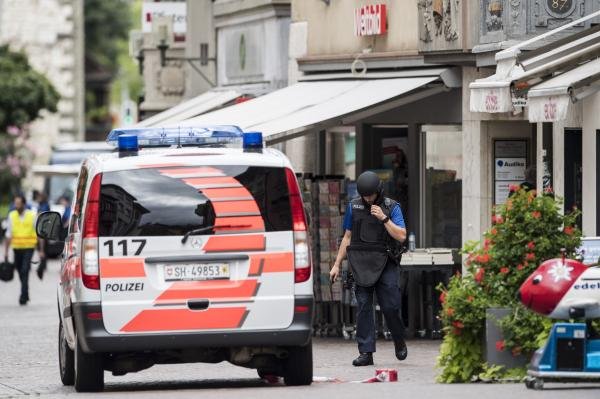 Authorities in northern Switzerland are searching for a chainsaw-wielding attacker who injured five people on Monday — two of them seriously.

The attack happened Monday at an office building in the town of Schaffhausen, which lies near Switzerland’s northern border with Germany.

The central parts of Schaffhausen have been sealed off while a manhunt for the attacker continues, police spokeswoman Cindy Beer said.

Police said the attack is not related to terrorism and warned that the suspect is dangerous. He was described as 6-foot-2 and bald with an unkempt appearance.

Schaffhausen, with a population of 36,000, is about 30 miles from Zurich. Shops near the site of the attack have been shut down and authorities have told residents to avoid the area.