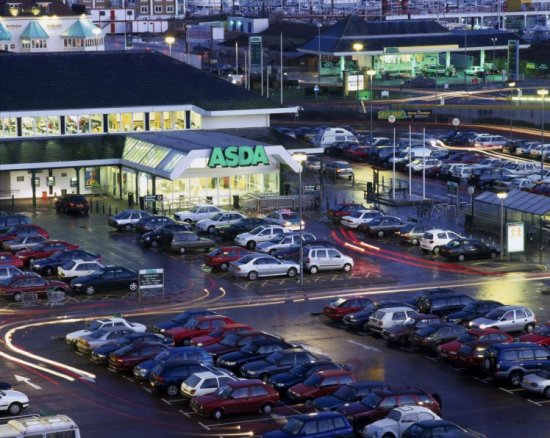 The former carpenter was caught in the solo act on Valentine’s Day.

The 51-year-old claimed that ‘one thing had simply led to another’ while he waited for his wife to pick up the groceries.

Timothy McTinghe claimed he had been rubbing his leg after suffering from pins and needles, though later admitted outraging public decency.

The former carpenter had been visiting Asda in Brighton Marina, East Sussex, with his wife and dog.

While waiting with their pet in a Ford Focus witnesses saw what McTinghe was doing to pass the time.

Because he had not intended for people to see, it was not deemed a sexual offence.

Ed Fish, defending the man, said it was just an ‘act of complete foolishness’.

‘He went shopping with his wife in Asda. She went into the shop and he was in the car looking after the dog,’ Fish explained.

‘While there, his leg went numb. He tried to get the circulation back in his leg and it moved on to something else.

‘He didn’t think anybody else would be able to see him. Having been told someone else had seen him, he was mortified.

‘He was understandably extremely embarrassed about what occurred.’

McTinghe, who was once a carpenter, now works in music production.

He had never been in trouble with the law before, the court heard.

The Brighton-based man admitted outraging public decency and was ordered to complete 20 sessions of rehabilitation, as well as paying £85 court costs.

There’s no such thing as the Bermuda Triangle