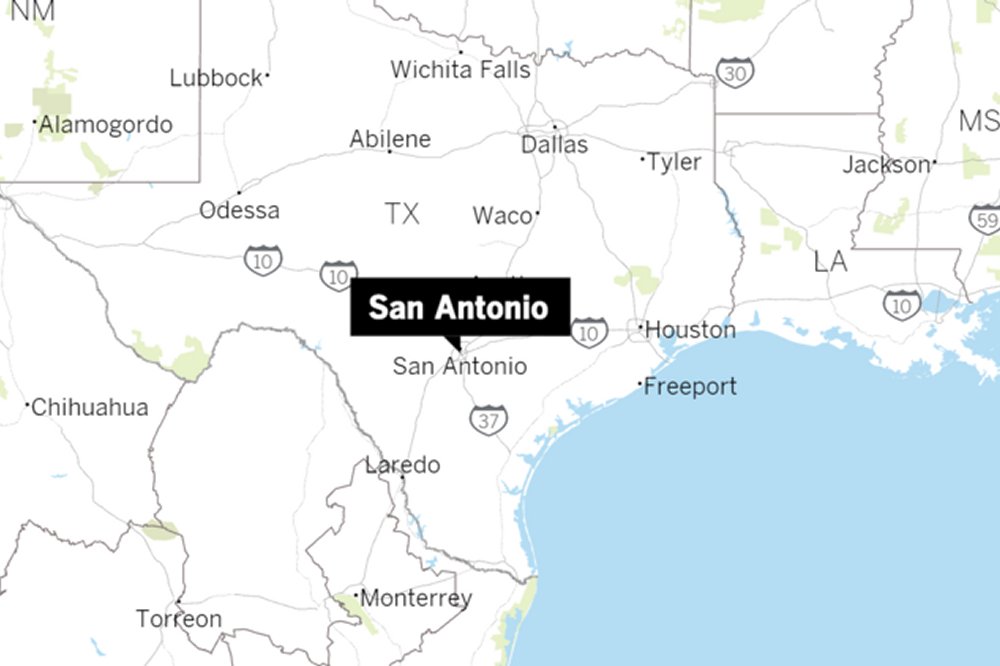 Eight people have been found dead in a tractor-trailer outside a Walmart in Texas in what police are calling a horrific human trafficking case.

Several other people, possibly dozens, were found in the truck, which didn’t have a working air conditioning system, and they were taken to hospitals, firefighters said.

A person from the truck approached a Walmart employee in a parking lot and asked for water late Saturday night or early Sunday morning, San Antonio police said. The employee gave the person the water and then called police, and when officers arrived they found the eight people dead in the back of the trailer, police Chief William McManus said.

Investigators checked store surveillance video, which showed vehicles had arrived and picked up other people from the tractor-trailer, police said.

He called the case “a horrific tragedy.”

The U.S. Department of Homeland Security was involved in the investigation into what happened, he said.