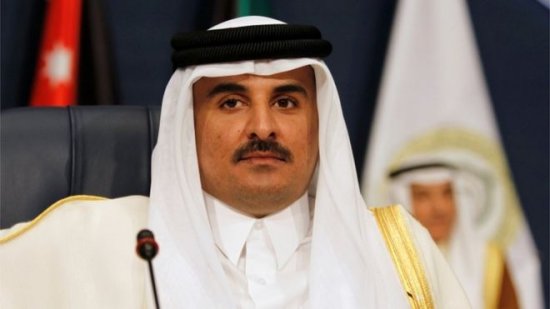 The emir of Qatar has called for negotiations to ease a boycott by four powerful Arab neighbours.

Saudi Arabia, the United Arab Emirates, Bahrain and Egypt cut ties with Qatar in June over its alleged support for terrorism and ties with Iran, and issued a series of demands.

In his television address, the emir condemned a “malicious smearing campaign” against Qatar and praised the resilience of its people.

“As you know, life in Qatar life goes on normally,” he said.

But he said “the time has come for us to spare the people from the political differences between the governments”.

“We are open to dialogue to resolve the outstanding problems,” so long as Qatar’s “sovereignty is respected”, the emir said.

The restrictions put in place by the four Arab nations have forced the gas-rich emirate to import food by sea and air to meet the basic needs of its population of 2.7 million.

Saudi Arabia and its allies have now backed down from a list of 13 specific demands they made last month. They included shutting down the Al Jazeera news network, closing a Turkish military base, cutting ties with the Muslim Brotherhood and downgrading relations with Iran.

Instead they say they want Qatar to accept six broad principles before they lift the restrictions. These include commitments to combat terrorism and extremism, and to end acts of provocation and incitement.

Qatar has not responded directly to the latest demands. It has previously refused to agree to any measures that threaten its sovereignty or violate international law, and denounced the “siege” imposed by its neighbours.

In Friday’s address, the emir thanked Kuwaiti mediators who have been trying to resolve the crisis.

Earlier this week, UAE Minister of State for International Co-operation Reem al-Hashimi said: “At this stage, the ball is in Qatar’s court.”

Qatar has acknowledged providing assistance to Islamist groups designated as terrorist organisations by some of its neighbours, notably the Muslim Brotherhood. But it has denied aiding jihadist groups linked to al-Qaeda or Islamic State (IS).