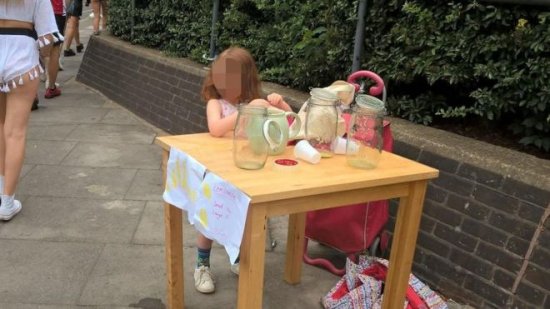 A five-year-old girl was fined $200 by a council for selling 50p cups of lemonade to festival goers.

The girl’s father Andre Spicer said his daughter had set up the stall in Mile End, east London, while thousands of music fans were on their way to the Lovebox Festival at the weekend.

Mr Spicer said his daughter burst into tears and told him “I’ve done a bad thing”.

Tower Hamlets Council has since cancelled the fine and apologised.

Mr Spicer said his daughter loved the idea of setting up a stall near their home.

“She just wanted to put a smile on people’s faces. She was really proud of herself,” he said.

“But after a small time trading, four enforcement officers walked over from the other side of the road.

“I was quite shocked. I thought that they would just tell us to pack up and go home.