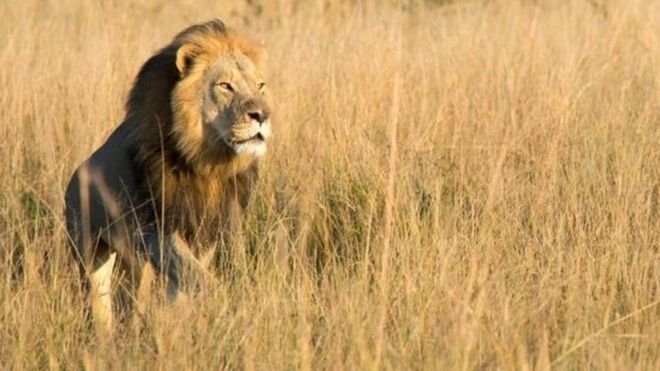 Two years after Cecil the lion was killed by a trophy-hunter in Zimbabwe, prompting global outrage, his son may have met a similar sad end.

Xanda, a six-year-old lion with several young cubs, was reportedly shot on a trophy hunt.

He is said to have died outside the Hwange National Park in northern Zimbabwe.

The lion had been fitted with an electronic tracking collar by Oxford University researchers.

The BBC’s Africa Correspondent, Andrew Harding, reports that at the age of six, Xanda was old enough to be legally targeted by big game hunters.

These individuals, many from the US, UK and South Africa, pay tens of thousands of pounds for the deadly pursuit – thereby funding the staff who protect other wildlife in the National Park.

It is not yet clear who may have paid to shoot Xanda. A professional hunter is said to have reported the death to the authorities and returned the lion’s collar.

The alleged killing comes two years after dentist Walter James Palmer, from Minnesota in the US, sparked an international outcry by killing Cecil, a 13-year-old lion who was a major tourist attraction in the area.

His home and dentistry practice were targeted by protesters after his identity surfaced in the press.

At the time it was reported that the lion had been shot with a bow and arrow and did not die immediately. He was followed for more than 40 hours before being shot with a rifle.

Johnny Rodrigues, the head of Zimbabwe Conservation Task Force, told the BBC’s Newsday programme that the lion had later been beheaded and skinned.

Mr Palmer was believed to have paid $50,000 to hunt a lion in Zimbabwe’s largest game reserve.