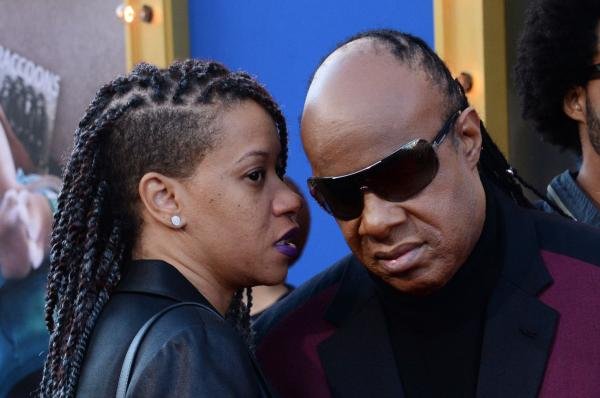 The 67-year-old singer tied the knot with 42-year-old Tomeeka Robyn Bracy at a “lavish” wedding at the Hotel Bel-Air in Los Angeles, according to People. Babyface was among the couple’s famous guests.

“It was a beautiful wedding. The ceremony was lavish and very romantic. There were celebrity guests, including John Legend,” a source told the magazine.

“Family is very important to Stevie and all of his kids were involved in the wedding,” the insider added of Wonder, who shares two children with Bracy, including 2-year-old daughter Nia, and seven other kids with previous partners.

The Sun reported Legend, Usher and Pharrell Williams performed for Wonder and Bracy before the singer serenaded his bride, who is also mom to two other children.

“Stevie’s musical pals each got up on stage to take turns serenading the couple, much to the delight of the other guests,” a source said. “Then Stevie got up to sing for his new bride.”

Did Halle Berry drink half a pint of whiskey at Kingsman Comic-Con event?